You are here: Home / Knowledge / Compliance / How Common is Legionnaires’ Disease in Europe?

How Common is Legionnaires’ Disease in Europe? 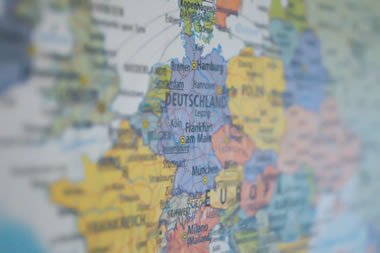 In this article the water safety experts at Legionella Control International ask the question… how common is Legionnaires’ disease in Europe, and what can be done to prevent it? It examines data from the ECDC (European Centre for Disease Prevention and Control) including records of how many people catch Legionnaires’ disease in Europe, and typical mortality rates. It then looks at what key steps can be taken to control the spread of the disease, including legionella risk assessment and the development and implementation of a Water Safety Plan or WSP.

Man-made water systems and the dangers from Legionnaires’ disease

Legionella bacteria poses a threat to people wherever they are in the world.

While it naturally occurs in bodies of water such as rivers and lakes, it is also found within manmade water systems used in buildings.

If these man-made water systems are not properly maintained and treated, Legionella bacteria multiply and can potentially become a real concern.

In some instances where the bacteria is allowed to grow to dangerous levels, Legionnaires’ disease can be reported in the population.

How many people catch Legionnaires’ disease in Europe?

In Europe, over 30,000 people were reported as having contracted Legionnaires’ disease from 2011 through until 2015.

These reports were made to the ECDC (European Centre for Disease Prevention and Control).

That is a huge increase and one that has prompted questions over why it is so large.

Legionnaires’ disease is known to have a mortality rate of around 10%.

However, individual outbreaks have seen rates ranging from around 5% to as high as 30%.

This means around 2,400 people lost their lives to Legionnaires’ disease during that time.

Why did reported cases of the disease jump by such a big margin?

Does it point to better understanding and recognition of the symptoms that are indicative of the condition, therefore leading to more accurate reports being made?

Possibly, but there are indications that other factors could also be at work.

Indeed, this is more likely than a simple reporting increase of over 40%.

Studies have indicated that Legionella bacteria tend to thrive when the weather is warmer and wetter.

This is logical, since we know the bacteria does well in temperatures of between 20-45 degrees Celsius.

Since legionella also thrives in water, it would make sense that wet weather sees a potential increase in outbreaks of Legionnaires’.

We also know that people aged 50 years and over are at greater risk of contracting Legionnaires’ disease, should they be in a situation where they are exposed to the bacteria.

While other health conditions can also exacerbate the likelihood of becoming ill, it is known that the overall population across Europe is ageing.

This means more people are falling into the age group that is most at risk of becoming ill when there is an outbreak of Legionnaires’.

Prevention is always better than cure

This applies in many scenarios, not least of which is this one.

Research has shown that having a legionella risk assessment backed up by a Water Safety Plan (WSP) is one of the best ways of making sure a water supply is safe, and minimises risks associated with bacterial growth (including legionella) in a building or facility.

A good Water Safety Plan (WSP) should keep any water system, regardless of its size or complexity, in a safe status and so protect people from harm.

How does a Water Safety Plan work to control legionella?

The idea of the Water Safety Plan is to minimise the risk factors that could potentially lead to Legionella bacteria growing out of control and therefore increasing the risk of an outbreak of Legionnaires’ disease.

This also applies to all other bacteria and waterborne pathogens that may exist in the system.

The WSP also has the advantage of being a one-size-fits-all approach that can be used under all circumstances.

That could mean using it for a hotel or public swimming pool, a hospital with a large and complex water system, a business using cooling towers, or even a display showroom with working spas and hot tubs.

The Water Safety Plan begins by assessing the risks involved with the water systems in use and this would include carrying out a risk assessment.

In the UK it is a legal requirement that all businesses carry out a thorough water safety or legionella risk assessment – under all circumstances, regardless of the size or complexity of the water systems in question.

It could be that the risk assessment reports that nothing else needs to be done, if the risks are minimal or non-existent.

In this case, a proper WSP need not be adopted.

Where to use the Water Safety Plan approach

The simplest water system could mean hot and cold water taps and a shower unit in a private house rented out to tenants.

In this case, a WSP would probably be too detailed and unnecessary for the circumstances.

That said, it would be important for the landlord to advise tenants on how they can help minimise the risks from Legionella bacteria and Legionnaires’ disease in their property.

A good example would be to flush through the shower head every week if they use the bath and leave the shower hose unused.

This would help prevent the build-up of bacteria, scale, and biofilm within the hose.

At the opposite end of the scale, you could have a complex water system, perhaps in a hospital, care home, hotel or an older building where the original plumbing system has been added to as the building has been extended.

The legionella risk assessment should take this into account, providing detailed plans of the water systems (schematic drawings) and highlighting all those who may be at risk while using the system.

Regular monitoring and treatment of the water systems to control legionella

If a Water Safety Plan is in place, it should include details of when, where, and how the water systems should be tested and monitored.

This would include frequent and regular testing of the water at various points, and keeping records of what was done and by whom.

There should also be guidance to indicate what should be done if any legionella test samples show increased levels of Legionella bacteria – beyond recognised trigger levels.

The Water Safety Plan in action

Essentially, the WSP prepares an employer, landlord or business owner for anything that may occur and that requires attention.

It provides a plan of action – some of which will hopefully never be required to be used.

It should include details of everyone involved in maintaining the safety of the water systems and adhering to the WSP.

It provides a blueprint for the safety of all those in the area who may be exposed to the water in one way or another.

By minimising any risks that are found, the chances of Legionella bacteria causing an outbreak of Legionnaires’ disease can be controlled to keep people safe.

The outlook for Legionnaires’ disease in Europe

Hopefully, the number of reported cases of Legionnaires’ disease throughout Europe will begin to drop in coming years as effective control measures are universally adopted.

If a comprehensive legionella risk assessment is carried out, and a proper well thought out safety plan is implemented and followed diligently, it should be enough to prevent an outbreak.

That is perhaps the most sobering thought – the fact that Legionnaires’ disease is a preventable disease if those responsible for its management take control.

Any water system could be a danger, but the steps to prevent those dangers are easy to adopt, understand, and implement.

For expert support on any of the issues raised here please contact us to speak with one of our water safety and legionella specialists.

Our teams of legionella and water safety specialists support those responsible for the control of waterborne pathogens including Legionella bacteria, helping them to protect people and meet their health and safety obligations in this specialist area.