You are here: Home / Knowledge / Compliance / What are the Long-Term Effects of Legionnaires’ disease?

What are the Long-Term Effects of Legionnaires’ Disease? 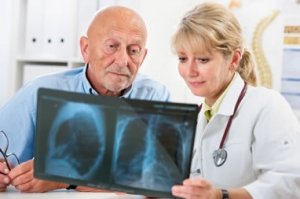 In this report our specialists consider whether there are any long-term effects of Legionnaires’ disease. The report is based on a study that followed the health of 122 people who were lucky enough to survive a significant outbreak that claimed the lives of at least 32 others.

A version of this storyhighlighting the long term effects of Legionnaires’ disease first appeared in Legionella Control International’s newsletter. To get it in your inbox, sign up for free here.

What is Legionnaires’ disease?

Most people have heard of Legionnaires’ disease – a disease that can be contracted by those who inhale fine water droplets contaminated with Legionella bacteria deep into their lungs.

Legionnaires’ disease is a serious type of pneumonia that is more likely to affect the over 50s, those with a history of smoking, and those with certain health conditions or weak immune systems. All these factors can increase the chances of contracting the disease if you are exposed to legionella.

Are there long-term effects of Legionnaires’ disease to consider?

While it is easy to find news reports concerning outbreaks of the disease, we rarely hear about the aftermath of such an outbreak. We read about those who lose their lives to the disease and those who survive. But are the survivors able to get back to normal life quickly or are there long-term effects of Legionnaires’ disease to consider?

Fatigue is most common among survivors of Legionnaires’ disease

In 2002, a study was conducted in the Netherlands. This study followed the health of 122 people who survived a significant outbreak of Legionnaires’ disease in that region in 1999. Those who took part in the study were asked to complete a questionnaire nearly 18 months after they were diagnosed.

The study revealed that 75% of those who had been infected by the bacteria suffered fatigue even after they had been successfully treated. It was not possible to ascertain whether the fatigue was directly caused by the disease or through experiencing pneumonia in general. It seems obvious, though, that fatigue is a clear risk factor for those who succumb to Legionnaires’ disease and later recover.

Neurologic symptoms were reported by 66% of participants

Typical Legionnaires’ symptoms reported included memory loss. It is also known that some who recover from the disease suffer from a lack of concentration.

These are symptoms affecting the muscles. They can include muscle weakness or a general aching in the muscles. Nearly two thirds of respondents said they experienced such symptoms following their bout of Legionnaires’ disease.

PTSD was more likely to be reported by those of a younger age. Overall, around 15% of respondents (around 18 people) said they had experienced symptoms of PTSD. This is post-traumatic stress disorder, and while often associated with soldiers returning from battle, it can also affect those who have experienced stressful and emotional situations in life. A serious illness would certainly qualify in this instance.

Were these conditions already there prior to the Legionnaires’ infection?

This is a reasonable question, but the research indicated that less than 10% of those who participated in the study had any major health issues prior to being infected. The sharp increase in neurologic, neuromuscular, and fatigue symptoms could therefore be reasonably associated with Legionnaires’ disease.

Is it possible to recover from such symptoms?

Almost 18 months passed between the outbreak of the disease and the study referenced above. The fact that many people reported a range of symptoms that affected their daily lives after this time suggests there may be little chance of improvement. Some may experience further improvement in their symptoms, but the more time goes by after the outbreak, the less chance there is of this occurring.

Once Legionnaires’ disease is diagnosed, it is typically treated using antibiotics. The sooner a positive diagnosis is made, the better the prognosis will be. This appears to relate to the chance of developing long-term effects as well. Similarly, some people are more ill than others, perhaps developing more severe symptoms when they contract the disease. This too can affect the odds of suffering long-term complications.

Many reputable medical sources state that it can take several months to feel as if you are back to normal if you have contracted Legionnaires’ disease. It is not unusual to experience side effects – a lack of energy being one of the most common – for several months.

Yet as we have seen from the study from the Netherlands, some people may experience side effects for much longer than this. Some may never fully recover, with fatigue and a lack of energy persisting for many more months and possibly years.

It is not known whether the people who took part in the study continued to experience side effects for years afterwards. However, it is likely that any side effects that continue for 17 months could be permanent.

This study reveals how important it is to prevent all outbreaks of Legionnaires’ disease if we possibly can. By taking prohibitive steps and keeping all water systems as safe as possible, we can prevent levels of the Legionella and other bacteria growing to dangerous levels. This holds true for domestic water systems as well as business ones, although the latter is arguably at greater risk.

Our teams of water safety specialists support those responsible for the control of waterborne pathogens including Legionella bacteria in the workplace, helping them to protect people and meet their health and safety obligations in this specialist area. We deliver professional water safety risk assessments for legionella and other waterborne pathogens, water testing, independent compliance auditing, City & Guilds training and other environmental risk management services that help keep staff and others safe.