You are here: Home / Knowledge / Guidance / What are Pontiac Fever & Legionnaires’ Disease?

What are Pontiac Fever & Legionnaires’ Disease? 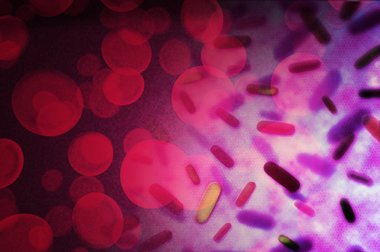 Few people have heard of Pontiac fever, and yet most are aware of Legionnaires’ disease. It is intriguing therefore to discover that both illnesses are triggered by the same bacterium… called legionella.

What is Pontiac fever?

Pontiac fever is far milder and much less serious than Legionnaires’ disease. Indeed it may be possible for someone to contract Pontiac fever and assume they simply have the flu, since both present with very similar symptoms. These will usually include a fever, aching muscles, a headache and general tiredness.

Since Pontiac fever will also resolve itself it is very likely that some people may contract it, treat themselves for flu symptoms and never think twice about it.

What’s the difference between this & Legionnaires’ disease?

The main difference is pneumonia. Sufferers of Legionnaires’ disease will probably contract pneumonia and are therefore likely to require hospital treatment in order to make a successful recovery. This is why Legionnaires’ is more serious than Pontiac fever, which doesn’t present with this additional illness.

An outbreak in Dundee, Scotland in 2011 led to dozens of people falling ill. However while Legionella bacteria led one man to be hospitalised with Legionnaires’ disease, the remainder of those who were ill were said to have contracted the milder Pontiac fever.

The presence of Legionella bacteria

Clearly if one or more people are found to have contracted Pontiac fever, it is still very important to work out where the infection came from. Since both diseases are triggered by the presence of Legionella bacteria, there is a chance other people could become affected by the more serious Legionnaires’ disease.

Health officials will be able to act on the information gleaned from those who are ill and have been properly diagnosed, so they can work out where the bacteria came from and how serious the contamination is.

What to do if you or someone you know contracts it

If you discover one or more people you know have contracted either of these diseases and you develop symptoms yourself, it is best to contact your GP for further advice. Existing proof that these illnesses have affected other people you know could help you get the most appropriate treatment and help as quickly as possible.

It is good to know that Pontiac fever is not as serious as Legionnaires’ disease. However it is still wise to identify it if at all possible. It may point to an outbreak of Legionnaires’ that could help others get more urgent treatment as a result.

For additional information about this infection… Pontiac fever

Identifying the Symptoms of Legionnaires Disease