You are here: Home / Knowledge / International / When was the First Legionnaires’ Disease Outbreak?

When was the First Legionnaires’ Disease Outbreak? 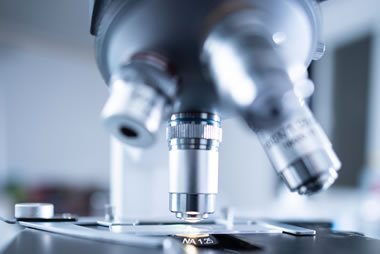 In this article our water safety experts explore the history of Legionnaires’ disease asking … when was the first recorded outbreak? We look at where the disease was first identified, what caused it, how it got its name and how subsequent investigations eventually led scientists to recognise older, previously unexplained outbreaks of serious pneumonia like illnesses as Legionnaires’ disease.

When did Legionnaires’ disease first hit the headlines?

It got its name after affecting many of those at the 58th annual convention of the American Legion in Philadelphia.

Over 200 people were taken ill, and by the time the outbreak came to an end, 34 people had died.

At the beginning of the outbreak, some of those attending the convention started to exhibit symptoms like those of the common cold.

However, those symptoms soon progressed and began to seem more like pneumonia.

Now, of course, we know Legionnaires’ disease is a type of pneumonia that typically presents a 10% risk of dying.

Individual outbreaks have seen the fatality rate vary from 5% to as much as 30%, depending on the circumstances, ages of the affected people, and other factors in place.

How did the outbreak of Legionnaires’ disease occur?

Even though the CDC (Centers for Disease Control in America) was involved in trying to determine the precise cause of this mysterious condition, it would be six months before Legionella bacteria was found and determined to be responsible.

Even today, we cannot be sure of the source of the outbreak.

The six-month delay in finding the bacteria meant no clear link could be made between the Legionella bacteria and where it had entered the hotel where the convention had taken place.

That said, it was thought that legionella had colonised the cooling towers that formed part of the air conditioning for the hotel

Cooling towers have since been found to be the source of other Legionnaires’ disease outbreaks, so this is a logical assumption to make.

We can never be 100% certain, however, owing to how long it was before the discovery was made.

We should also remember that in the Nineteen Seventies, at least up until this outbreak, there was no such thing as Legionnaires’ disease.

Legionella bacteria occurs in the natural world, and while people had died from previously unexplained illnesses before this outbreak, no clear reason was found in those cases at the time.

When so many people were sickened and 34 lost their lives, it brought the case to national, and global attention.

Even then, it took many researchers, scientists, and other experts to finally unearth the reason for the illness.

Was the Philadelphia outbreak of 1976 the first case of Legionnaires’ disease?

The Philadelphia outbreak of Legionnaires’ disease in 1976 was the first case that came to light, mainly because of the significant number of infections and subsequent investigation by the CDC.

However, the discovery of the Legionella bacteria then led to other unsolved cases of similar illness that had occurred in the past.

US scientists started looking at other similar cases where people had fallen ill, sometimes losing their lives, to an illness bearing many of the hallmarks of Legionnaires’ disease.

It was eventually determined that the first official case known had taken place in 1957, almost 20 years before the outbreak that gave the illness its name.

Again, the cooling tower at the plant was eventually, two decades later, seen as the source of the bacteria.

Those who survived the illness were also confirmed to have antibodies for Legionella bacteria in their blood – a sure sign it was indeed the cause of the outbreak.

Another case connected to the Bellevue-Stratford Hotel in Philadelphia

Two years prior to that event however, the same hotel hosted a meeting between members of the Independent Order of Odd Fellows.

Following the second, larger outbreak in 1976, the hotel ended up permanently shutting its doors.

Other outbreaks of Legionnaires’ have occurred around the world too

It would be foolhardy to assume the USA is the centre of Legionnaires’ disease.

It may have been the site of its original discovery, but many other cases have occurred worldwide… and continue to occur every year.

Indeed, there was a case at the Rio Park Hotel in Benidorm, Spain in 1973, which cost the lives of four holidaymakers.

Again, the cause was undetermined but noted to be a form of pneumonia.

The same hotel was the site of another outbreak four years later.

This is perhaps understandable, since at the time of the original outbreak, no one knew about legionella bacteria or the harm it could cause.

However, since the second outbreak occurred the year after the case that made headlines in America, the cause was soon discovered.

It was then confirmed to be the cause of the original illness at the same venue four years previously.

By the start of the Nineteen Eighties, Erythromycin, an antibiotic, was seen to be having the most promising results when treating those afflicted by Legionnaires’ disease.

By this time, a few other cases had been retroactively identified as Legionnaires’ cases too.

At the time, it seemed impossible that the disease had managed to rise to prominence and not be affected by penicillin.

A major outbreak of Legionnaires’ occurred in 1985 at a hospital in Staffordshire, England.

This outbreak led clinicians to note that smokers and those with pre-existing chronic conditions were at greater risk of falling victim to the illness.

Further cases occurred over the decades, with the UK, Australia, Norway, and Canada among some of the diverse locations where outbreaks were recognised.

We know today that Legionella bacteria thrive in warm water, ideally between 20 and 45 degrees Celsius.

In the UK rules and regulations were introduced by the Health and Safety Executive to ensure water systems were managed and maintained, to hopefully control the growth of Legionella bacteria and so prevent outbreaks in future.

It took many years of mysterious outbreaks of pneumonia with no discernible cause, followed by the major outbreak in Philadelphia, before the disease was officially named and recognised.

However, even today, outbreaks still occur, so there is much more to do before cases of Legionnaires’ can be eradicated.

Our teams of legionella and water safety specialists support those responsible for the control of legionella in water systems, helping them to mitigate their risks, protect people and meet their health and safety obligations in this specialist area.

What is Biofilm & How is it Linked to Legionella Bacteria?