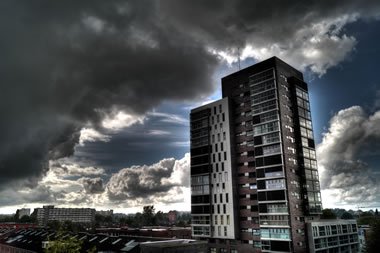 A research team from the Brunel University London has revealed there is still a notable risk of Legionnaires’ disease being contracted by the older segment of the population. While current UK Legionnaires’ disease regulations and guidelines covering the control of legionella do well at covering the risks posed in health and social care settings such as hospitals and care homes for the elderly, they do not go far enough in protecting those who live independently within the community.

Dr Edwin Routledge led the research along with his colleagues. A piece published in Environmental Technology Reviews revealed that elderly members of the population who lived independently in flats or similar accommodation were often overlooked when it came to assessing the risks posed by legionella and other water-borne bacteria.

According to the data gleaned from the Brunel report, there are around 400,000 UK residents aged 65 or over who live in either a nursing or residential care home. These properties are covered by the regulations and legionella control guidelines, including the Health and Safety Executives ACOP L8. Those who are in charge of these premises must follow official guidelines and advice on reducing the risk of exposure to legionella contaminated water and the potential to contract Legionnaires’ disease.

However, the same cannot be said of those in the same age group who live in regular flats that sit outside the healthcare sector. While the exact figure cannot be certain, it is likely that millions of those aged 65 and over live in standard flats, either in small blocks or high rises. These multi-story buildings typically contain shared water tanks, pipework and other equipment, all of which have the potential to harbour dangerous legionella and other bacteria, and yet nothing is done to properly assess the risk posed by such water-borne pathogens. When the risk is not assessed or made clear, there is little opportunity to implement appropriate control measures, which in turn can lead to an increased chance of a potential outbreak occurring.

Those aged 65 and over are at greater risk of complications

Anyone over the age of about 45 is considered by doctors to be at greater risk of falling ill with Legionnaires’ disease should they be exposed to the legionella bacterium. Additionally, there is a greater chance that anyone could develop one or more illnesses as they get older. Anyone with a weakened immune system would be more prone to developing Legionnaires’ disease.

While flats are not thought of as being in the high-risk category for the proliferation of legionella bacteria, it is easy to see how a lack of regular checks and control measures could potentially lead to problems. And since many of those living in accommodation like this are likely to be older, the risk level could increase too. Perhaps it is time the regulations and guidelines are changed to reflect this.