You are here: Home / Knowledge / Compliance / Why is Legionella a Bigger Risk in Hospitals & Care Homes?

Why is Legionella a Bigger Risk in Hospitals & Care Homes? 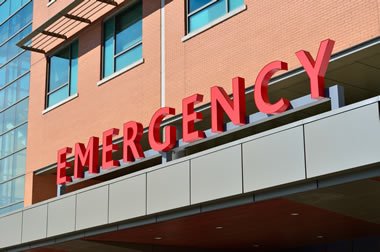 In this article the healthcare water safety specialists at Legionella Control International help explain why legionella typically presents a bigger risk to health in hospitals and care homes.

Our experts consider the key factors that increase the level of risk, what areas of a water system need particular attention, and what can be done to keep the risks from legionella and Legionnaires’ disease under control and so keep people safe.

Since Legionnaires’ disease was first discovered after the 1976 outbreak in Philadelphia, USA, we have learned much about it – how it is contracted, what the cause is, who’s most at risk, and how we can prevent it.

We have also learned that some locations are more prone to the spread of legionella, the bacterium that causes Legionnaires’ disease, than others.

We also know that the more complex the water system, the more difficult it is to maintain and manage it.

This gives the bacteria more potential to colonise that system.

Such systems are often found in large and complex buildings such as hospitals and care homes.

These can be buildings with many add-ons, or with water tanks and perhaps even cooling towers in some cases.

All these elements can raise the risk of Legionnaires’ disease occurring.

Add to this the fact that older people and those with certain illnesses are at greater risk anyway, and it creates something of a perfect storm.

How big is the legionella risk for hospital water systems?

According to a review on hospital-acquired Legionnaires’ disease, studies have indicated that between 12% and 85% of water systems were colonised by the bacteria.

Once a water system is colonised, there is a far greater chance of an outbreak of the disease occurring.

The risk factors associated with Legionnaires’ disease automatically increase when the population using the water system is above the age of 50 or has other health issues.

These may include a compromised immune system or another chronic condition such as diabetes.

Such individuals are not as able to fight off the effects of the disease should they be unlucky enough to contract it.

Studies show that the general mortality rate for Legionnaires’ is said to be around 10%.

However, this varies markedly between outbreaks.

In some cases, it has dipped to a minimum of 5%, while other outbreaks have seen the rate rise to as much as 50%.

When the outbreak has occurred in a hospital, care home, or similar healthcare facility, it is likely to be at the higher end of the scale.

What causes legionella risks to increase in a healthcare facility?

Care homes and hospitals will have many hot and cold water taps, showers, sinks, and other sources of water available.

Some of these water outlets will be in regular use, whereas others may hardly see any use at all.

This alone poses a problem, because a lack of use significantly raises the risk of water stagnation and colonisation by Legionella bacteria.

The bacteria like warm surroundings between 20-45 degrees Celsius, especially when water does not flow (or at least not often).

Dead legs and dead ends in pipework and infrequently used taps, outlets, and services all raise the risk factor.

These are also common in older buildings used as care homes, hospitals, or similar venues, where water system design and usage may change over the years.

How to prevent outbreaks of Legionnaires’ disease in healthcare facilities

The first step in controlling the risks from Legionnaires’ is to understand or assess the nature of the water system – its complexity, the demands placed upon it, who uses it, and where the specific risks are.

This type of in-depth assessment or water safety assessment makes it easier to understand how to manage, maintain, and treat the system.

In turn, this reduces the risks associated with that system and the people who use it.

A full understanding of the water system used in a healthcare setting would also help identify any areas that are no longer used – dead legs in disused rooms, for example, that carry a greater risk of being colonised by Legionella bacteria.

This could then spread throughout the rest of the water system contaminating outlets way beyond the site of the first colonisation.

By removing unused sections of pipework and dead legs, along with associated taps or other elements of the water system, the overall risk of infection would be reduced.

It is also ideal to carry out regular water testing throughout the system, focusing on water quality and periodically testing different outlets for the presence of legionella and other waterborne pathogens such as pseudomonas.

Records should be kept that indicate where testing occurred, what the results were, and whether any additional steps were taken.

The same applies to conducting a regular programme of legionella control designed for that specific water system – this is usually called a written scheme of control.

No two water systems are identical, which makes it even more important to understand how a specific system works.

It could be that certain areas of the water system pose bigger risks than others.

For example, if a hospital facility treats people who are critically ill or rely on respiratory or other equipment, the risk factors there could be far greater than they would be in an outpatient’s department.

Are you doing everything you can to limit the risks associated with legionella and Legionnaires’ disease?

We have seen countless times in the past how quickly an outbreak of Legionnaires’ disease can take hold.

When the risks are as great as they would be in a hospital, care home, or similar setting, it becomes even more important to limit those risks to start with.

It may never be possible to eradicate these risks completely, but following the guidance provided above and that issued by the Health and Safety Executive will send those responsible in the right direction.

Regular risk assessment, control measures, legionella testing and record keeping, along with a good awareness of where the potential dangers lie is vital.

Our teams of water safety specialists support duty holders, the responsible person and those responsible for the control of waterborne pathogens including Legionella bacteria and Legionnaires’ disease, helping them to protect their staff, residents, visitors and others and so meet their compliance obligations in this specialist area.