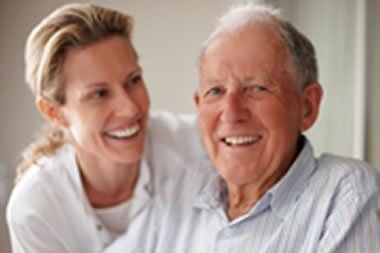 A fresh case of Legionnaires’ disease was diagnosed in Fresno County, USA at the end of 2016, reports state. The health officer for the American county had alerted local hospitals of an increase in cases of the disease that occurred three months ago. Nursing homes, another type of facility where the Legionella bacteria have a potentially-greater chance of developing to cause increased risk, were also notified.

According to local news reports, the most recent case to come to light in the county was in a nursing home in the north-eastern part of the region. That facility has now had its water supply shut off while tests for Legionella bacteria are conducted there. It is understood the water was turned off on 18th December 2016, a week before Christmas.

The daughter of one of the residents at the home, who spoke anonymously to the press, said that initially, no one knew what the issue was. It was only later that notices were posted mentioning Legionnaires’ disease.

While there is no suggestion of a significant outbreak of Legionnaires’ disease, Fresno County’s health officer had warned of an increase in cases of the condition on a nationwide basis as well as locally.

It is understood both the hospital treating the patient and the nursing home’s owners got in touch with the health officer for Fresno County to alert him to the diagnosis.

Reports also state the water at the nursing home is being restricted. It is believed the water will either be super-heated or hyper-chlorinated to disinfect it and make it safe. Other safety measures are also in place to ensure no one is at risk from a contaminated water supply, whether working or living in the home.

Two people have died in the county in the past 12 months after contracting this severe pneumonia-like condition. There were seven other cases that were either confirmed to be Legionnaires’ disease, or suspected to be so.

No further information is currently available, and it is hoped the resident in hospital – whose name and details remain unknown to protect their privacy – makes a full recovery. More details will follow if or when they become known.

To find out more about our specialist legionella risk management services including expert risk assessments and detailed hazard analysis, City & Guilds accredited legionella training, water testing, litigation and expert witness support, and other risk management support services call us today on 0330 223 36 86 or get in touch here … contact us

Legionnaires Disease – What Is an Expert Witness?