You are here: Home / Knowledge / Guidance / Mycobacteria in Water: Things to Be Aware Of

Mycobacteria in Water: Things to be Aware Of 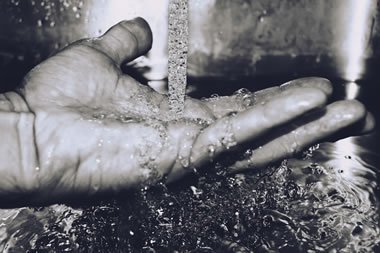 Mycobacteria are a group of rod-shaped bacteria that can cause several diseases in humans including tuberculosis and leprosy. Around 20 of the 90 known species can cause illness. The bacteria are not believed to spread from one person to another; rather, they are thought to spread via environmental means, including drinking water. This is particularly notable in non-tuberculosis mycobacteria, or NTM for short.

Where can non-tuberculosis mycobacteria be found?

Water seems to be the main source of non-tuberculosis mycobacteria species. They have been noted as present in many water sources, from waste water to tap water. The bacteria exhibit an outer coating that makes them especially hardy in watery environments.

While these bacteria do occur in water sources of many kinds, it is unclear just how many water sources might include their presence. The few studies that have been done have come up with figures anywhere between 11% and 38% of the samples taken for that study.

How can the bacteria get inside the body?

It is possible for mycobacteria to be breathed in if they are present in mist or aerosol. They can also be swallowed, for example if someone drinks water from a tap where the bacteria are present. It is also possible for them to get into the body via a wound or opening in the skin.

How does an infection driven by NTM present itself?

There are several ways an infection caused by NTM can be identified. Infections can occur in the lymph nodes, skin, soft tissues, and the pulmonary system. Ear infections are also possible, as are infections associated with catheters in patients who have them.

There are cases where NTM species have led to infections across the body, rather than being localised. In such instances, treatment would likely involve more than one drug. Some infections may include lesions; if so, they will either be successfully treated with drugs or removed via surgical means. However, many such lesions clear up on their own.

Who is at greatest risk of falling ill?

Most people who are fit and well will have no issues in fending off potential infection caused by these non-tuberculosis mycobacteria. Those who have been injured, or who suffer from pulmonary issues, or have trouble with their immune system, are most at risk.

How to tackle NTM species in the water

Once the species have been identified in a water system or source, there are two methods for dealing with them. They can be removed, or a disinfectant can be used to gain control of the outbreak.

Our teams of water safety specialists support those responsible for the control of waterborne pathogens in hospitals and healthcare environments across all regions of the UK and internationally. We deliver professional water safety solutions, water testing, independent compliance auditing, City & Guilds training and other environmental risk management services.