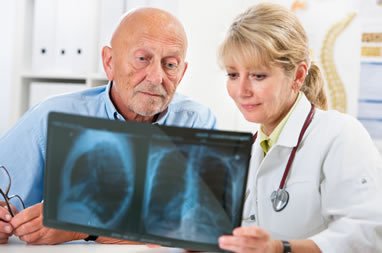 Many people have heard of Legionnaires’ disease but may be unfamiliar with a similar, but less serious condition known as Pontiac fever. Legionnaires’ disease is a serious illness caused by Legionella bacteria, and it has a fatality rate of around 5% to 30%, according to data gleaned from outbreaks from around the world.

Just as Legionnaires’ disease got its name from the outbreak that originally brought the disease to worldwide attention, Pontiac fever was named after an outbreak that occurred in Pontiac, Michigan in 1968. The term legionellosis is often used to describe both Pontiac fever and Legionnaires’ disease; however, the two can progress in very different ways.

Is Pontiac Fever as serious as Legionnaires’ disease?

Both conditions affect the respiratory system and should be taken seriously, but Pontiac fever represents a milder version of legionellosis than its more-familiar counterpart. As such, patients who are diagnosed with it usually get better on their own. If treatment is given, it will be in the form of antibiotics.

What are the symptoms of Pontiac fever?

Very often, people who develop Pontiac fever complain of symptoms that are very much like those of flu. A dry cough, headaches, fever, fatigue, muscle pain, and an upset stomach may all present themselves. There are several other notable symptoms as well, although not all those affected will present with all the symptoms.

Some of the symptoms can include:

Its similarity to flu can make Pontiac fever very difficult to diagnose. Many people would simply assume they had flu and seek no treatment at all. This is one of the reasons why the number of patients with Pontiac fever are quite hard to determine. It is likely many people have had it or have it now and are not aware.

Can it be prevented?

Pontiac fever is caused by Legionella bacteria, which are present in nature. However, the bacteria can also spread inside manmade water systems – hot and cold water systems, taps, showers, air conditioning systems etc. These should always be inspected, kept clean, and properly treated to ensure the levels of bacteria remain within safe levels.

Should you seek medical help if you suspect you have Pontiac fever?

If your condition becomes worse, you are concerned, or you suspect someone else who lives or works with you has the same symptoms and might also have contracted Pontiac fever, you should seek medical advice. Chest pains, shortness of breath, or blood in the sputum would all suggest immediate care should be sought.

Pontiac fever is far less serious than Legionnaires’ disease, but it can be difficult to tell one from the other in the early stages. Being aware is by far the best course of action.

Our teams of water safety specialists support those responsible for the control of waterborne pathogens including Legionella bacteria across all regions of the UK and internationally. We deliver professional water safety risk assessments, water testing, independent compliance auditing, City & Guilds training and other environmental risk management services that help keep people safe.