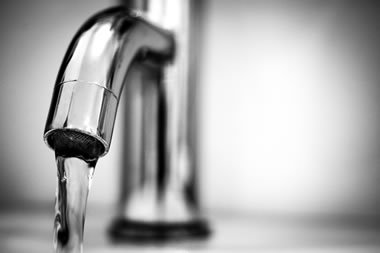 Recent research looking at the growth of Legionella bacteria on stainless steel sinks and taps has shown that under certain conditions, the use of this popular metal can increase the health risks associated with the potentially life-threatening Legionnaires’ disease.

Stainless steel sinks are a popular choice in kitchens throughout the UK… however, research has indicated it may not be the wisest choice when considering the associated risks presented by the potentially deadly Legionella bacteria.

The same applies to stainless steel taps – also a popular choice for many understandable reasons.

Why are stainless steel sinks and taps so popular?

Stainless steel is often a cheaper and more practical option when selecting a sink or taps for use in a kitchen.

Stainless steel also typically proves to be the ideal choice for those who need several sinks installed in business premises or healthcare settings.

There is an extensive range to choose from, they are cost effective, simple to install, and are easy to clean and maintain.

They also withstand staining and are very durable, lasting for many years with no need to be replaced.

Yet, could some of the elements that make them so popular also be responsible for increasing the risks of Legionella bacteria growing in stainless steel sinks?

The study that highlighted the potential danger posed by stainless steel looked at three types of taps that are often used in domestic kitchens:

A selection of the taps was set up and monitored throughout the three-year study.

Four separate systems were used, one version of each tap was used with clean water, and another version was used with water already contaminated with a strain of Legionella bacteria.

The third version combined rust with water, and the fourth had a water supply containing both the rust and the Legionella bacteria.

Hundreds of samples were taken from the taps over the three years the research was conducted.

The results were sobering when assessing how the taps made from stainless steel fared.

The research indicated the highest levels of Legionella bacteria were found in the stainless-steel taps which had legionella and rust added to the water supply.

Alarmingly, nearly half of the samples (46.4%) exhibited Legionella bacteria.

The tap made from stainless steel that used legionella contaminated water but had no rust present saw a huge drop in the number of contaminated samples – just 14.3% of samples taken.

We know rust acts as a nutrient for Legionella bacteria.

Higher levels of rust in a water system (regardless of whether it is domestic or not) will mean a greater chance of Legionella bacteria reaching potentially dangerous levels.

Interestingly, the mixer taps made from brass seemed to be the safest of the three taps, with only 25% of samples showing legionella contamination, even when rust was added to the water.

How does this connect to the legionella risk factors associated with stainless steel sinks?

A stainless-steel sink is made from several metals blended together to create an alloy.

One of the most important metals included in the alloy is chromium.

Chromium is added to prevent rusting from occurring as it creates a protective layer.

If you have a stainless-steel sink at home, you may be aware that the surface can suffer from tiny scratches that appear over time as the sink is in use. This should not jeopardise the safety of the sink, since the chromium is usually present as chromium oxide.

It can create a new protective layer to cover the scratch, thanks to the oxygen present in the metal.

However, while all new stainless-steel sinks have a protective coating on them when they leave the factory, the quality of that coating is bound to deteriorate over time.

The more it deteriorates, the more likely it is any Legionella bacteria present in the sink will have the time and conditions required to multiply and spread.

You will not see the bacteria and the sink may look fine.

But as this research has indicated, even the tiniest elements of rust in a sink will feed and encourage the bacteria to grow.

Are domestic water systems at risk of Legionella bacteria spreading?

At present, in the UK there is no legislation covering the safety of water systems in domestic properties.

The exception is when a domestic property is rented out and is then classed as a business.

In this scenario, the homeowner or landlord must ensure the property is safe for the tenant to use.

This includes making sure the water system is safe and does not pose a risk of infection from legionella or any other type of bacteria.

However, any water system can pose a risk if it is not properly used and maintained.

For example, a shower head that is only used occasionally will likely have stagnant water inside it… and legionella loves to grow in stagnant water.

Add what we now know about rust being a source of food for the bacteria and we can see that a stainless-steel shower head could pose an increased risk to those using it.

Regular cleaning, descaling and disinfection will help minimise the risks.

Similarly, if a property is not used for a while, the shower head should be periodically flushed through to ensure there is no build up of bacteria.

The same applies to the entire water system if it is permitted to sit without use for a few weeks allowing stagnation to occur.

What should you do?

If your property contains one or more stainless steel sinks, don’t panic.

There are several things you can do to reduce the risks associated with Legionella bacteria.

Hot water should be kept above 45 degrees Celsius, as below this will provide the ideal breeding ground for the bacteria to proliferate, in fact the Health and Safety Executives ACOP L8 calls for hot water temperatures above 50 degrees Celsius (55 oC in healthcare settings).

Flushing through taps – both hot and cold – that are used less often is also a good idea.

Regular flushing of infrequently used water outlets such as taps and showers will reduce stagnant water and again provide a lower risk of legionella developing to levels that would present a risk to householders and businesses.

Regularly dismantling, descaling and cleaning your shower head is a good idea too, especially if you do not use it that often.

Simple steps such as these – whether you own stainless steel sinks, taps, or shower heads or not – will combine to reduce the risk of Legionnaires’ disease posing a health threat in your home.

Our teams of water safety specialists support those responsible for the control of waterborne pathogens including Legionella bacteria and Legionnaires’ disease in the workplace, helping them to protect people and meet their health and safety obligations in this specialist area.