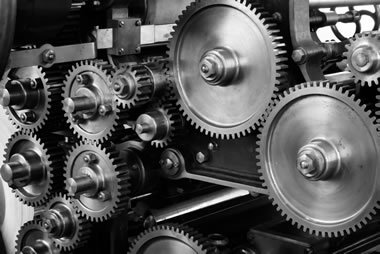 A UK based car parts manufacturer in South Tyneside has received a seven-figure fine following two major incidents at the plant inside a 12-month period. The UK’s safety regulator the Health and Safety Executive (HSE) conducted an investigation into the company, Faltec Europe Limited, following an outbreak of Legionnaires’ disease and an explosion that occurred within the same period.

The company was fined £800,000 plus costs in relation to the Legionnaires’ disease outbreak

The incident was investigated, and it was discovered the water cooling systems within the factory had not been properly managed in line with the Health & Safety Executives approved code of practice dealing with the control of legionella and Legionnaires’ in the workplace – called ACOP L8. This meant the levels of legionella bacteria in the water systems were not kept in check, and thus were allowed to grow and multiply to what could have been lethal amounts.

While all those who fell ill because of the outbreak recovered, some have been left with ill-health that stemmed directly from the Legionella bacteria they were exposed to. Furthermore, it left many in the surrounding area – not to mention other employees of the company – very concerned for their own health.

Following the Legionnaires’ incident, an explosion occurred at the factory in October 2015. A spark caused by a worker trying to retrieve a part caused a serious dust explosion, leaving the worker with burns to his arms and face. The HSE discovered there were no adequate procedures in place to prevent such incidents, despite there having been other explosions having occurred in the past.

Significant fines for both Legionnaires’ disease and explosion

Faltec Europe Limited admitted both charges and was fined £800,000 in relation to the Legionnaires’ disease outbreak. The same fine was levied for the explosion, with a further £75,159.73 added on to cover court costs, plus £120 to cover the victim surcharge fee.

The importance of well managed health and safety procedures

This case shows just how important it is to ensure a business adheres to the Health and Safety at Work Act 1974, and to specialist guidelines surrounding the proper management of hot and cold water systems in the workplace. When left unchecked, such water systems can easily allow legionella bacteria to multiply, spread, and cause illness (Legionnaires’ disease) among those exposed to that water supply. Fortunately, no one lost their lives in this incident, but it could very easily have been different. A legionella risk assessment is just the beginning – ongoing and proper management of the water systems is of equal importance.

Our teams of water safety specialists support those responsible for the control of waterborne pathogens including Legionella bacteria in commercial, industrial and institutional environments across all regions of the UK and internationally. We deliver professional water safety solutions, water testing, independent compliance auditing, City & Guilds training and other environmental risk management services.

Is Chlorine Dioxide the Perfect Way to Control Legionella Bacteria?

Reducing Risks of Legionnaires Disease in US Hospitals
Scroll to top