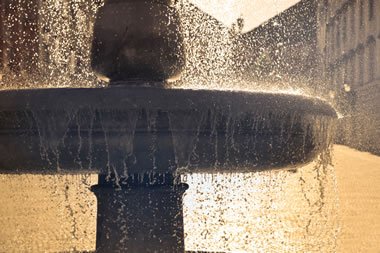 The town of Bresso in the Lombardy region of Italy hit the headlines in July as an outbreak of Legionnaires’ disease claimed several lives. Reports state that 26 locals had been affected by Legionella bacteria in the 12-13 days leading up to 26th July this year. However, exact numbers are uncertain; another report claimed 33 people had been infected by the 24th July.

The first three victims died within the space of three days. The youngest was an 84-year old woman, while the other two victims were both 94 years of age. All passed while being treated for the condition at Bassini hospital in Milan.

A report dated 21st August revealed two more victims had lost their lives. It also revealed the total number of affected people to contract Legionnaires’ disease in the outbreak had climbed to 52. That report stated that some of the cases – albeit a smaller number – had been discovered in nearby Cormano.

Local health authorities took charge of the situation and began testing water sources in the town for the presence of Legionella bacteria, which causes Legionnaires’ disease. Two positive samples were gleaned from the initial tests. The first of these came from the home of one of the people affected. The second was taken from a public fountain in Bresso.

Public water sources were also tested and confirmed to have no bacteria present. As a precaution, given the discovery of Legionella bacteria in a fountain, four public water fountains have been closed.

Do we know the exact source of the Legionnaires’ outbreak?

It would appear the precise source of the outbreak is still unknown. The most recent report states those in charge in both Bresso and Cormano have asked for school water systems to be sanitised. Other environments that may harbour Legionella bacteria also look to be included in the latest round of treatments. These include private condos and sports centres.

It is uncertain whether we will ever know where this outbreak began. While authorities state many of those affected are being successfully treated, five have lost their lives so far. Hopefully, there will be no more. The age of the deceased highlights how dangerous a Legionnaires’ disease outbreak can be for those with impaired immune systems and those of advanced years.

Italy currently holds the dubious record of having the highest number of Legionnaires’ cases among European countries each year. No doubt that is something those in charge will be looking to change.

Our teams of water safety specialists support those responsible for the control of waterborne pathogens including Legionella bacteria in the workplace, helping them to protect their people and meet their health and safety obligations in this specialist area. We deliver professional water safety legionella risk assessments, water testing, independent compliance auditing, City & Guilds training and other environmental risk management services that help keep staff, students and others safe.

Is your Legionella Control Plan Failing to Protect?