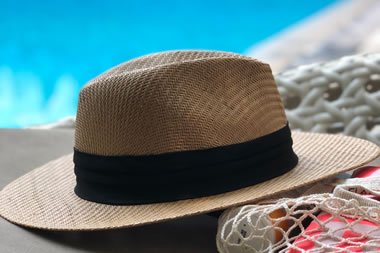 An outbreak of Legionnaires’ disease linked to the Sands Resort at Hampton Beach in New Hampshire, USA has led to a series of claims being made against the resort owners, seeking compensation for illnesses suffered.

The latest lawsuit was highlighted in a recent news report, which covered the outbreak of Legionnaires’ disease last summer. According to officials, the Hampton Beach location was discovered to be the source of the outbreak. Nineteen people were taken ill and confirmed to be suffering from Legionnaires’ disease. One person died while the remainder made recoveries. All the cases stemmed from stays at the beach between 10th June and 26th August 2018. Health officials said their investigations had highlighted the Sands Resort as the likely centre of the Legionnaires’ outbreak.

Stephen Uliano travelled to the resort from New York to enjoy a week-long stay there last summer. However, a few days into his stay he started feeling ill. Symptoms related to pneumonia were experienced, leading to his admission at a nearby emergency room. He then stayed in hospital for a week before going home, being treated for pneumonia.

Mr Uliano had no idea his illness could be related to Legionnaires’ disease. Indeed, he only became suspicious when he read about the resort being linked to the Legionella outbreak a couple of months later. At that point, he was tested for the bacteria and, according to the information given in the lawsuit, the tests came back positive.

Mr Uliano’s lawsuit is the seventh of its kind related to what happened last year. Judging by the number of people who fell ill at the time, there is plenty of scope for further claims to be lodged against the resort owner, Thomas Saab. To date, he has remained silent on the claims, understandably, although he has confirmed the hotel is now free from Legionella bacteria.

He has also got rid of a hot tub that was thought to potentially be involved in the outbreak – a hot tub Mr Uliano said he was close to at the time he fell ill. Since the bacteria are spread through inhalation into the lungs, this is a notable factor.

It remains to be seen how the lawsuits progress, and whether people who fell ill are compensated for their experience.

Legionella and water safety specialists for hotels and the hospitality sector

Our teams of legionella and water safety specialists support those responsible for the control of legionella in hotels and the wider hospitality sector, helping them to protect public health and meet their health and safety obligations in this area. We deliver professional water safety risk assessments for legionella and other waterborne pathogens, water testing, independent compliance auditing, City & Guilds training and other environmental risk management services that help keep people safe.

If you have questions about any of the issues raised above or you would like to speak with one of our hotel specialists please call us today on 0330 223 36 87 or contact us here.

Why Use An IHEEM Authorising Engineer (Water)?
Scroll to top