You are here: Home / Knowledge / Compliance / Are Superbugs the Biggest Threat to Public Health?

Are Superbugs the Biggest Threat to Public Health? 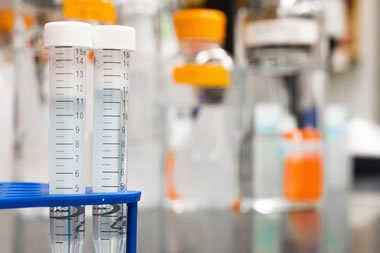 Many of us are familiar with the process of seeking advice from our GP when we are ill. Sometimes, that leads to a prescription for medicines such as antibiotics to get rid of the infection. We assume those antibiotics will work and we’ll soon feel well again. But can you imagine what the future would be like if those antibiotics didn’t work?

According to recent international research, we could be on the cusp of finding out. Antibiotic resistant infections were found to have been fatal in around 33,000 people during 2015 alone. These are infections that may previously have been treatable that have learned to mutate to avoid being wiped out by antibiotic treatments.

In 2015 there were 52,000 UK infections that could not be treated by antibiotics

No, but we have been warned of the importance of finding new antibiotic treatments to combat the risks they now pose. The same research indicated there were 52,000 UK-based cases of infections that could not be treated by antibiotics. Of those, 2,100 UK deaths occurred that year (2015).

How dangerous is antimicrobial resistance?

Antimicrobial resistance, commonly referred to as AMR, has become a real threat to the global population. The increasing number of infections that are now difficult if not impossible to treat using antibiotics has come about in two ways.

Firstly, people are too commonly treated with antibiotics, even when they are treated for an illness where antibiotics will have no effect.

Secondly, very little has been done to create new antibiotics that will work in future. As the current ones run out, we may not have new defences to put up against these superbugs.

75% of infections falling into this bracket occurred in hospitals

Just as worrying was the realisation that three quarters of infections caused by superbugs occurred in hospitals and similar locations. This highlights how important it is for all hospitals and workers to ensure they adhere to health and safety rules surrounding infection control.

While it is reasonable to assume some people may end up in hospital because they have already been struggling with an infection, it’s possible an increase in antibiotic use in hospitals could also cause issues.

E. coli is the biggest concern, responsible for thousands of deaths in 2015 across Europe. Staphylococcus aureus came in second place. Figures indicate the trend is on the rise, with the potential for millions to fall victim to such infections by 2050 if nothing is done to prevent it. That is a sobering thought for the future.

Our teams of water safety specialists support those responsible for the control of waterborne pathogens including Legionella bacteria, helping them to protect public health and meet their health and safety obligations in this area. We deliver professional water safety risk assessments for legionella and other waterborne pathogens, water testing, independent compliance auditing, City & Guilds training and other environmental risk management services that help keep staff and others safe.

How to Control Legionella in Evaporative Cooling Systems