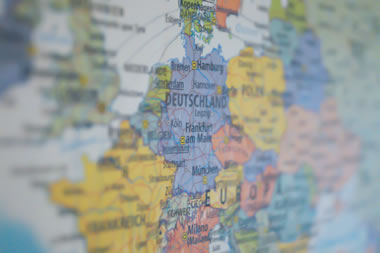 In this article the water safety specialists at Legionella Control International review the latest Legionnaires’ Disease Surveillance Report published by the European Centre for Disease Prevention and Control (ECDC).

The review looks at the main findings from the ECDC report including the number of reported cases and how this compares to previous data, country hot spots and at risk groups.

A version of this story summarising the ECDC’s Legionnaires’ surveillance report for 2020 appeared in Legionella Control International’s newsletter. To get it in your inbox, sign up for free here.

The European Centre for Disease Prevention and Control (ECDC) releases an annual epidemiological report focusing on Legionnaires’ disease. This report is based on extensive data taken from the European Surveillance System, known as TESSy. Here, we examine the latest report for 2020 to determine what is known about the disease and how the information in the report can help decision making in the future.

But before we start, let’s take a quick look at some of the report highlights…

10 highlights from the 2020 ECDC Legionnaires’ report

What is Legionnaires’ disease?

Legionnaires’ disease is contracted by someone inhaling water droplets or vapour that contain Legionella bacteria. In most cases, this is easily avoidable if the proper steps are taken to prevent legionella spreading within a manmade water system.

Legionnaires’ disease is also recognised as a communicable disease. This means that any outbreaks of the disease, whether affecting one person or more, must be reported to the appropriate authorities. It is this data that helps provide the ECDC with the required information to compile this annual report.

What is the ECDC Legionnaires’ Surveillance Report?

This is another name for the ECDC Legionnaires’ disease Annual Epidemiological Report. It uses epidemiological data to help those involved in creating policies to help prevent outbreaks from occurring in the future. People who take on public health roles and those creating programmes designed to prevent such outbreaks can use the report to help influence their decision making in the future.

It should be noted that the information comes from across Europe, thereby providing a picture of Legionnaires’ disease across several countries. It covers the EU and the European Economic Area (EEA).

How common are Legionnaires’ disease outbreaks according to the 2020 ECDC report?

This does, however, take all figures from across the EU/EEA. There are notable differences when looking at individual countries. For example, a few countries did not report any data, which could mean they had no cases at all, or cases were not identified. Such countries include Croatia, Iceland, and Liechtenstein.

Conversely, the country with the highest rate of reporting was Slovenia, which had a rate of 5.7 cases per 100,000 people. We can see how the overall picture was indeed better than the year before, but that individual countries skew the rate considerably, with some far lower and others far higher than that rate.

Most reported cases were confirmed as being Legionnaires’ disease

Legionnaires’ disease causes symptoms that are like those of influenza. People may experience a high temperature and a fever. Other common symptoms include a cough, headache, and muscle aches and pains. This means there is always the chance that some cases could go unreported if the individual recovers and does not seek medical attention.

However, of the 8,372 cases of the disease reported as required by the law, 7,712 of those cases were eventually confirmed to be Legionnaires’ disease. This comes out at 92%.

Not all the reported cases recorded an outcome, although the majority did (6,299 cases out of 8,372). The cases that did provide a known outcome saw a 9% fatality rate.

The number of cases per 100,000 of the population allows us to compare one country’s rates of Legionnaires’ disease more accurately with another. However, in the 2020 report, it was noted that four countries were responsible for reporting 72% of all cases for that year. These cases occurred in Spain, France, Italy, and Germany.

At the opposite end of the scale, eight countries reported a notification rate of less than one case for 100,000 of the population. Greece, Finland, Norway, and Poland were among them.

Are we seeing a quirk in the number of reported Legionnaires’ cases for 2020?

For many people, 2020 brings one thing to mind – the start of the COVID-19 pandemic. This changed the way many people lived their lives, with lockdowns, restrictions, and many other changes seen, tipping our lives upside down in a matter of weeks.

The closure of schools, buildings, and offices meant that far fewer people were congregating in these locations. As many people began working from home, they were not going to buildings where outbreaks were potentially more likely to occur. It is rare for Legionella bacteria to cause problems in a private residential home. It is far more likely that issues would arise in multi-use buildings, hospitals, schools, hotels and factories, for example. As some of these buildings were not in use, it could link to the drop in cases seen in 2020. It will be interesting to see how this develops in the 2021 ECDC report.

There is also a surveillance scheme connected with travel, as some people contract the disease while staying somewhere other than home, such as in another country while away on a break. Predictably, and again most likely due to COVID-19 lockdowns, there was a huge 67% drop in cases reported from this scheme.

The ECDC report also found that men aged 65 years or older were most likely to be among those who contracted the disease. They accounted for 7.1 cases per 100,000 of the population. The figure was far lower for women, confirming that men are generally at higher risk of contracting the disease. Furthermore, 91% of all the reported cases where the age of the person was known were confirmed to be 45 years of age or older.

Charts provided in the report indicate that the risk factor increases with age for both men and women. There is a notable rise from the 15-24 age group and the 25-44 age group among men, before rising even higher as we reach the 45-64 age group and finally the 65+ age group. Similar rises were seen among women, although the rate of cases was always far lower than for men.

This has been noted before and is seen again in this report. Cases begin to rise in May, rising further in June and remaining at the higher level until around September, when they begin to drop off again. Travel-associated cases are also seen in higher quantities throughout the summer months as more people take holidays. This was seen in 2020 as well, although at a much-reduced rate.

Assessing the data to reduce Legionnaires’ disease for the future

Legionnaires’ disease is entirely preventable if the correct measures are taken to keep the hot and cold-water systems in public buildings and other venues safe. By assessing the risk present in each water system and taking steps to reduce or eradicate it, there should be no reason for any cases to occur.

The data presented in the ECDC’s Annual Epidemiological Report for 2020 does provide a picture that is somewhat skewed by the presence of the coronavirus outbreak. However, it is still valuable in helping those responsible for maintaining safety in all public buildings and workplaces to take the necessary steps required. It is always far easier to prevent Legionella bacteria from spreading and causing illness than it is to rectify problems once an outbreak occurs.

Legionella Control International are experienced legionella and water safety specialist supporting those responsible for the control of waterborne pathogens including legionella in the workplace. We help businesses around the world protect their workers, customers and others from the dangers caused by water systems, helping them to meet their health and safety compliance obligations in this specialist area.

What Are the UK’s Legionella Regulations?

How to Reduce Legionella Risk in Construction Projects
Scroll to top