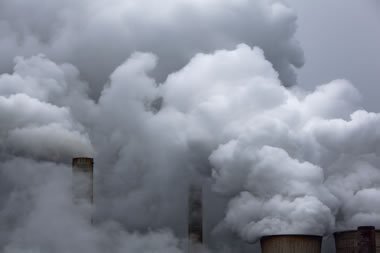 An outbreak of Legionnaires’ disease is now confirmed to have affected 30 people in the municipality of Evergem, Belgium.

Evergem is in East Flanders, and at the time of writing two of those who contracted the disease have died.

Of the 30 cases identified so far, one person died on 13th May in a hospital in Ghent.

Of the confirmed cases now reported by the media, 18 people are receiving hospital treatment to combat the Legionnaires’ disease.

Four are said to be in intensive care, although none are thought to be fighting for their life.

The most recent case came to light on 22nd May, when a man presented with symptoms of legionellosis and was taken into hospital to receive treatment.

He is not one of the four patients who have been admitted to intensive care.

Has the source of the Legionnaires’ outbreak been identified?

Authorities in Belgium believed the outbreak was centred on the canal area in Evergem.

Further investigation revealed five sites along the canal – all belonging to companies using cooling towers in their daily work – could potentially be the cause of the outbreak.

While 17 businesses were tested for the Legionella bacteria, 12 were found to be safe.

The remaining five had levels that were concerning.

Water samples were taken from the cooling towers.

Two of the cooling towers were then confirmed to have a high concentration of Legionella bacteria present in them.

At the time of writing this article, news reports confirmed that the Legionella bacteria discovered in those cooling towers was genetically similar to some bacterial samples taken from five patients.

This was confirmed by the Agency for Care and Health.

Do the cooling tower legionella samples match those taken from all patients affected?

Samples have not been taken from all patients.

Of those that were taken, five have been positively matched to the bacteria found in the cooling towers.

Meanwhile, the remaining six samples are still being looked at.

Investigations are continuing, including a legal investigation that could potentially result in a prosecution against the unnamed companies involved.

Many of those affected by the illness have now returned home, although some are still receiving hospital treatment.

According to reports, the cooling towers involved have all now been disinfected to prevent anything similar happening in future.

It is now hoped the worst of this outbreak of Legionnaires’ disease is over.

4.9
4.9 rating
Legionella Control International is rated 4.9 out of 5 stars (based on 154 customer reviews)
Read our reviews

Our response to Covid-19. As a responsible organisation we have robust Business Continuity Plans in place to ensure business as usual whatever the circumstance. In response to Covid-19, our aim is to ensure continued operations whilst protecting both our people and our clients. To this end we have initiated a number of practical measures that will allow us to continue to support our clients in the most appropriate way. Rest assured that we are making every effort to prevent or minimise any impact on our services during this public health challenge.