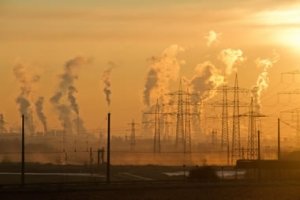 In this article the water safety experts at Legionella Control International consider the question… is climate change increasing the risks from Legionnaires’ disease?

The article looks at some of the effects of global warming, how these could influence the growth of Legionella and other bacteria, and what steps can be taken to control the risks.

It’s a matter of record that our planet’s climate has changed almost continually throughout its history.

It would therefore be foolhardy to assume it would remain identical to the position it was in millions of years ago.

However, most of the climate changes seen in the past have been caused by natural events; that is, changes that have occurred due to factors outside of our control.

A good example would be the earth’s orbit making marginal changes, changes that have influenced the climate on our planet.

However, we have seen these gradual trends change in the last century or so.

The impact of greenhouse gases

We now know that greenhouse gases have increased due to our use of fossil fuels such as coal, oil and gas.

These greenhouse gases include – but are not limited to – carbon dioxide, carbon monoxide and methane.

As levels of these gases rise, they contribute to heat being trapped beneath them in the earth’s atmosphere.

This causes the earth to heat up – hence, climate change or global warming seen on our planet.

Can global warming lead to more cases of Legionnaires’ disease?

Few people would make an association between increasing cases of Legionnaires’ disease and climate change causing a rise in the overall temperature of our planet.

Yet we know this disease is triggered by Legionella bacteria.

In turn, we know that this bacterium thrives when temperatures are in the ideal range for it – typically between 20 and 45 degrees Celsius.

If the average environmental temperature range is rising and is more commonly within the growth range for legionella, could this mean that cases of Legionnaires’ disease will increase also?

In fact, have they already done so?

Warm and humid climates can increase the risks from Legionnaires’

Legionella bacteria need a certain temperature range in which to thrive.

If this temperature range presents itself in a manmade water system, the bacteria multiply and can cause problems if the system is not properly maintained.

However, Legionella bacteria are also present in the natural environment around us.

They can be found in many water sources such as ponds, rivers, and lakes.

They rarely cause issues in these locations, and yet if the temperatures are rising, this could change.

A bulletin from the World Health Organization (WHO) stated that a peak in recorded instances of Legionnaires’ disease is typically seen in autumn or summer.

That would suggest the winter months may prove too cold for the bacteria to thrive.

Conditions are more conducive to the spread of legionella (and other bacteria) in summer and autumn.

The same bulletin also mentioned a possible link between bouts of wet weather and cases of legionellosis in the community.

When the weather is dry or cold, the bacteria tends not get the chance to spread, multiply, and potentially cause illness in those people in the vicinity.

However, when it rains, especially when the temperature is not too hot or cold, Legionella bacteria could be more easily spread.

Could rising temperatures around the world allow bacteria to thrive?

We do not always associate a harsh winter or hot summer to global warming and its many effects.

However, it could be that Legionella bacteria will thrive and take advantage of changing world conditions and temperatures.

This is not the only bacteria that may do this, either.

It stands to reason that temperatures reaching the ideal range for legionella would suggest a potential increase in cases of legionellosis.

Water-borne illnesses occur when people encounter sources of water contaminated with one of the many water-borne pathogens.

Is it really so unusual for legionella to cause issues in this scenario too?

Many cases of Legionnaires’ disease are confirmed to stem from exposure to contaminated water supplies coming from specific cooling towers, spas and hot tubs, taps, showers, and other engineered water systems found inside buildings.

However, in other cases no firm source of the disease can be discovered.

What we do know from a 2018 study of US medical and healthcare facilities is that although rates have increased there, health care–associated cases of Legionnaires’ disease involving an overnight stay have dropped significantly, suggesting that legionella control measures may have contributed to better patient safety.

This means that the steps taken to try and control such cases from occurring in the future are working.

However, figures show that on the whole cases of Legionnaires’ disease have been rising since the year 2000… so, where are these additional cases coming from?

While the cause of some cases of the disease can be pinpointed, and general recognition of legionellosis in the medical community is increasing, this is not always the case.

Could it be that some are acquired in the community in instances where the weather is warmer but showery, giving legionella the ideal conditions that it needs to thrive?

If so, global warming could have more profound effect on our future than we thought.

What are the Long-Term Effects of Legionnaires’ disease?