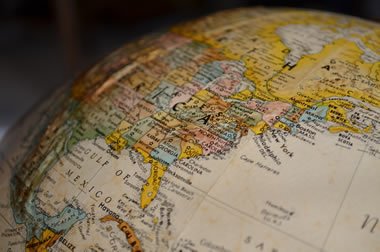 Several notable outbreaks of Legionnaires’ disease occurred throughout 2017. Portugal, USA (New York and California), UAE and Spain were among the areas affected. The incident in Dubai, UAE was by far the most serious of these outbreaks.

46 people fell ill and were diagnosed with Legionnaires’ disease infections at a hospital in Lisbon, Portugal. Sadly, four of these patients lost their lives. The outbreak began on 31st October 2017, with the culprit suspected to be legionella contamination of the potable plumbing system.

One death in outbreak in northern Spain

A resort in the Cantabria area of northern Spain is the centre of an outbreak of Legionnaires’ disease that began in August 2017. 12 people were diagnosed with the illness, while one person sadly died. Remediation work to the water systems has been carried out at the resort to control levels of legionella contamination and help bring the risks back under control.

An outbreak centred in Anaheim, California, USA led to 12 cases of Legionnaires’ disease last September. 75% of those who fell ill had been to Disneyland just prior to their illness. The outbreak led to the death of an individual who had not visited the park. However, the park shut, and two cooling towers were treated and disinfected in case these were the source of the outbreak.

The Big Apple was the centre of an outbreak last October, leading to the disinfection of several cooling towers in the city. Legionella bacteria were identified in the cooling towers that were treated, although it appears no definitive link was made between the cases and the source of the outbreak.

All but two of those who became ill with Legionnaires’ disease were treated in hospital. The source of the outbreak appeared to be an “onsen” – a Japanese hot spring. One man died following the outbreak. The hot spring provided bathing facilities where the water was kept at 45 degrees Celsius. This is the upper limit of the ideal temperature range to encourage the multiplication of legionella bacteria.

The largest outbreak of Legionnaires’ disease occurred in travellers to UAE, and in particular Dubai between October 2016 and May 2017. No firm source of the outbreak has yet been discovered. While the cases occurred over a longer period compared to others mentioned above, the overall number of reported cases was greater than would typically be expected.

Our teams of legionella experts support those responsible for the control of legionella across all regions of the UK and internationally, delivering professional water safety and legionella risk assessment solutions, legionella testing, independent compliance auditing, City & Guilds training and other environmental risk management services.

Are Landlords Overestimating their Legionella Responsibilities?
Scroll to top