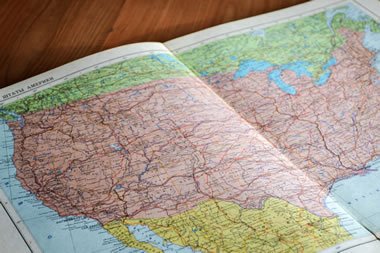 In this expert review our legionella water safety specialists highlight the number of Legionnaires’ disease outbreaks in the USA, and examine why they are continuing to rise despite increased guidance from the Centres for Disease Control and Prevention (CDC) and the American Society of Heating, Refrigerating and Air-Conditioning Engineers (ASHRAE).

The first identified case of Legionnaires’ disease occurred in 1976 in Philadelphia, USA.

That said, once this severe form of pneumonia was discovered, scientists were able to work backwards and identify other previous cases that could be attributed to the Legionella bacteria.

While we now have a greater understanding of Legionnaires’ disease – how it occurs, who is most at risk, and how to prevent an outbreak – cases have been steadily rising in the USA since the start of the century.

The National Notifiable Diseases Surveillance System has released statistics relating to cases of Legionnaires’ disease in the USA between 2000 and 2017.

During that time, a steady increase was seen, with 5.5 times the number of Legionnaires’ cases reported in 2017 compared to the start of the period.

2018 saw more confirmed cases of Legionnaires’ appear in the US

2018 experienced another rise too, this time confirmed by the CDC (Centers for Disease Control and Prevention).

Originally, the CDC reported 8,356 cases of legionellosis for that year.

Legionellosis is an umbrella term given to conditions caused by various types of Legionella bacteria.

Legionnaires’ disease is the most serious of these, while the flu-like Pontiac fever is not as severe.

However, by November 2019, the CDC issued a revised figure for cases seen in the USA during 2018.

This is a significant rise of over 18% compared to the original figure.

Outbreaks of Legionnaires’ disease were seen in North Carolina, Georgia, and Atlanta among other locations.

Are there cases of Legionnaires’ disease that are not reported?

While all cases of legionellosis are reportable in America – this applies to the less serious Pontiac fever as well as Legionnaires’ disease itself – it is suspected that many cases are not reported.

The CDC states that, “lab-confirmed cases of legionellosis should be reported to state health departments.”

This means it is entirely possible that one or more people could contract the condition and not realise.

Obviously, if someone was ill enough to seek medical attention, they may be tested for a Legionella bacteria infection.

However, if Legionnaires’ disease was not suspected, it may be that medical staff would treat it as a case of pneumonia rather than one caused by the bacteria.

In the case of Pontiac fever, it presents much like a case of the flu.

This means it is possible someone might assume they have flu and nothing more serious.

Many people with this version of legionellosis recover without treatment.

In fact, they may never even know they had it.

This means the increase in cases throughout America could be even bigger than is thought.

The CDC recognises that cases tend to peak during the summer months.

This could be because it is warmer.

This makes it more likely that conditions in water systems would reach the danger zone of 20-45 degrees Celsius required for Legionella bacteria to grow and spread more readily.

What can be done to reduce outbreaks of Legionnaires’ disease in the US?

The CDC has provided guidance for all those who manage or are responsible for water systems of any size in the USA.

A full risk assessment should be conducted to identify where the risks lie within the system.

This assessment would then form the basis for a water management programme to improve the quality of the water in the system.

This should adhere to the ASHRAE 188 industry standard format.

However, while their recommendations cover many important areas, they do not mention the inclusion of legionella testing procedures to determine levels of the bacteria in the water system.

While the water systems could be checked for other bacteria, it would seem to be a good idea to test the water for the presence of legionella, which types of the bacterium are present, and the amount seen.

Huge strides have been made in recent years that indicate big improvements in the recognition of Legionnaires’ disease, its causes, and how to prevent these outbreaks from occurring.

However, it has been over 40 years since the original Philadelphia outbreak that led to this form of pneumonia earning its name.

We have proof that since 2000, cases have been on the rise… and clearly, it is vital to reverse this trend.

While the CDC has drawn attention to this and given advice and information to help those responsible for water systems to take better care of them, there is still much that could be done.

Will we see further rises in the number of cases of legionellosis seen throughout the US in years to come?

We hope not, but given recent trends, it looks more likely the progression is only going to continue… we’ll keep you posted.

Our teams of water safety specialists support those responsible for the control of waterborne pathogens including Legionella bacteria and Legionnaires’ disease in the workplace, helping them to protect people and meet their health and safety obligations in this specialist area.

Do Landlords Have to Do a Legionella Risk Assessment?
Scroll to top