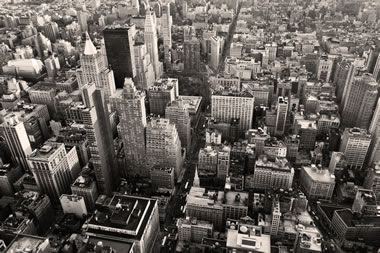 Following a spate of significant outbreaks of Legionnaires’ disease in New York and across the USA, health advocates there are now pushing for the implementation of tighter water safety regulations.

Health and safety regulations are put in place for good reason – to protect and preserve the health and wellbeing of people. This applies just as readily to minimising the risks associated with water contaminated with Legionella bacteria, and the potential for Legionnaires’ disease.

Of course, the threat from legionella does not just affect those in the UK. In America, New York saw an outbreak of Legionnaires’ disease in the summer of 2015, and further cases were uncovered in a Manhattan hospital in 2016, too. The previous year, an outbreak in the Bronx led to the deaths of 16 people and a further 133 fell ill.

New York records 718 cases of Legionnaires’ disease in one year

Now, public health activists are urging those in charge in New York to implement tougher water safety regulations to help prevent such outbreaks occurring in the future. The “Alliance to Prevent Legionnaires’ Disease” has released a report showing New York had 718 cases of the disease in 2016, while Ohio had 493. Meanwhile, California recorded 413 cases, Pennsylvania recorded 355 and Florida had 332. New York’s 718 cases of the disease accounted for 14% of the USA’s total count that year.

To put these figures in to context Public Health England reported 345 confirmed cases of the disease in England and Wales for 2016.

The outbreak in New York in 2015 led officials to bring in emergency regulations that focused on the management of cooling towers and improving the conditions to ensure these towers were not the source of any further outbreaks of Legionnaires’ disease. While this is to be commended, the Alliance believes the drinking water infrastructure should also be looked at in detail. They stated ‘water-cooled air conditioning systems were quickly declared to be the source of the bacteria’, further stating CDC investigation procedures were not followed.

A spokesman for the Alliance, Daryn Cline, spoke of the need to ‘reduce increasing biofilm risks’ in the public water systems. He also covered the idea of introducing programs to disinfect the water systems to make them safer for all the residents of the New York area. Whether this will eventually come to fruition remains to be seen.

Legionnaires’ disease has around a 10% mortality rate, and many others who survive only do so after extensive hospital treatment.

Contaminated droplets of water that are inhaled by unsuspecting victims can lead to a severe form of pneumonia that is indicative of this condition. Some suspect biofilms that can safely harbour the bacteria exist inside old water pipes in the system, but unless and until an investigation is completed, it remains uncertain where the cases and outbreaks are coming from.

We will report back on the latest developments in this story as they become known.

Can You Prevent Legionella or Control the Risks?
Scroll to top