You are here: Home / Knowledge / International / Outbreak of Legionnaires’ Disease Crops Up in Adelaide, Australia

Outbreak of Legionnaires’ Disease Crops up in Adelaide, Australia 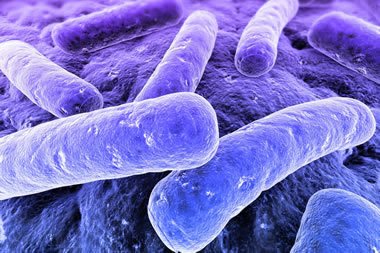 News outlets are reporting a spate of Legionnaires’ disease cases that have appeared in Adelaide, Australia during the second week of January 2017. Four men have been diagnosed with the potentially-lethal disease, and all are now being treated in hospital. The youngest victim is said to be aged 37, while the oldest is 71.

It is not yet certain how the men caught the disease, or where the potential source might be. A workmate of one of the men who has fallen ill said there was no cooling tower at their place of work. However, while cooling towers can be prone to Legionella bacteria multiplying beyond safe limits, other hot and cold water systems can also potentially be hazardous if proper rules are not followed. The man also stated he and his friend had recently returned from a cruise holiday, where both had been in hot water whirlpools.

Checks for Legionella bacteria are now being made across Adelaide

Further reports confirm the central business district and the inner-city areas in Adelaide are now being checked for signs of Legionella bacteria. The focus of the checks appears to be HVAC and air conditioning units in work-related buildings. There is no indication the outbreak Legionnaires’ disease is associated with home-based units, which is generally found to be the case.

The public health officer for the region, Dr Ken Buckett, also said the unusual weather the region has been experiencing could be partly to blame. He suspects the fluctuating temperatures may have put additional pressure on cooling towers in the region. This could mean bacteria has a greater chance to form than if temperatures were steady. There is no confirmation of whether this is indeed the cause, however.

While all four cases are within the inner-metropolitan part of the central business district of Adelaide, no common link has been found among the four men. This means no single source has yet been found for the outbreak of Legionnaires’ disease. It is hoped the checks will help identify the source, and maintain a high level of health and safety overall as well.

No further cases have yet been reported, and all four men are receiving treatment. The search goes on for the cause and local councils are said to be checking local areas and businesses to ensure safety regulations are being followed. Legionella Control International bring you further news if more updates are released.

To find out more about our expert Legionella risk assessments, Gity & Guilds accredited training, water testing, and other risk management support services call us today on 0330 223 36 86 or get in touch here … contact us

Legionnaires Disease – What Is an Expert Witness?
Scroll to top