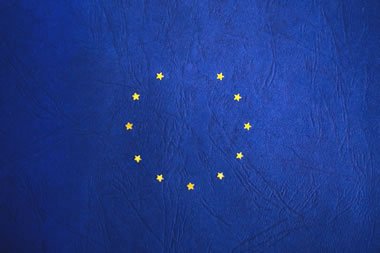 In this article we take a look at the European Centre for Disease Prevention and Controls annual report dealing with the prevalence of Legionnaires’ disease across Europe during 2018.

The article considers rates of infection and how they have changed over the last few years, which countries are responsible for the most cases, trends in diagnostic techniques, mortality rates and who is most at risk. It also looks at seasonal trends, and concludes by considering what can be done to control Legionella bacteria and so reduce cases of the disease.

The ECDC is the European Centre for Disease Prevention and Control.

Each year, it releases a report containing the latest available data for Legionnaires’ disease across 30 European countries.

The report confirmed that the trend for rising cases of Legionnaires’ disease has continued. Indeed, 2018 had the most cases ever discovered by the ECDC.

There are many facts to take away from the latest report.

Most alarming of these is the 23% increase in cases of Legionnaires’ seen in 2018 when compared to the previous year.

23% increase in cases of Legionnaires’ disease seen in 2018

Another of the key facts highlighted at the beginning of the Annual Epidemiological Report for 2018 is that 71% of all notified cases of Legionnaires’ disease came from just four of the 30 countries participating in the data.

These four countries were Germany, Spain, France, and Italy.

The size of these countries relative to their smaller neighbours could contribute to this percentage.

However, the overall rise is still concerning.

Indeed, when comparing by population, those four countries represent only half the total population across the 30 countries.

94% of those cases were confirmed as Legionnaires’ disease rather than simply being suspected.

Notifications of any infection are calculated per 100,000 of the population… many are now aware of this due to COVID-19 pandemic.

While this may sound low, it is confirmed as the highest percentage since 2013.

Meanwhile, the rate was 1.3 in 2014, meaning the notification rate has almost doubled during that period.

Mortality rate lower than the predicted rate for the disease

Legionnaires’ disease is known to have an average mortality rate of 10%.

The report confirms that 8% of these cases were fatal.

Cases of Legionnaires’ are more prevalent during the summer months

The report contains a very useful graph showing the number of cases that have occurred between January 2014 and the end of 2018.

The overall moving average is increasing, as the data has already shown.

However, the cases peaked in the summer months each year.

The most notable spike was around July 2018.

Research is still ongoing into the cause of these summer spikes, which are not unique to European countries.

The weather is thought to be the main driver of these spikes.

Rising temperatures and increased humidity may lead to preferable conditions for Legionella bacteria to multiply and spread within water systems which can then disperse the bacteria via fine aerosols.

Cultures are used in some cases to identify Legionnaires’ disease, but these are decreasing in popularity.

The report goes on to confirm that Legionnaires’ disease is most prevalent among males, especially those aged 65 and over.

We know that age is a significant risk factor for everyone regarding this disease.

However, more than twice the number of males were diagnosed with the disease in 2018 compared with females.

Are some European countries with low rates reporting all cases of Legionnaires’ disease?

The ECDC report suggests it is likely there are countries that are failing to report or recognise all cases of Legionnaires’ disease.

More cases are being reported now than in the past, so a portion of the increase in figures could simply be down to this.

The importance of legionella risk management

However, the report ends by confirming how important it is to perform regular checks to see if raised levels of Legionella bacteria are present in water systems.

It highlights the need to do this in hospital and care settings, along with tourist accommodation such as hotels.

Some of the reported cases for 2018, as in previous years, were acquired by people travelling elsewhere in Europe to go on holiday.

It is likely that some cases are going to go unreported, especially if they are mild and mistaken for something else.

However, nearly all out outbreaks of Legionnaires’ disease are considered to be preventable.

If reliable legionella control measures are put in place in healthcare settings, care homes, hotel accommodation, and business premises, the odds of an outbreak are significantly reduced.

While better reporting accounts for some of the annual rise seen in this ECDC report for 2018, it does not account for it all.

Those in charge of maintaining water systems in all public buildings, hospitals, care settings, hotels and other buildings must ensure they assess the risks from Legionella bacteria, monitor and treat their waters systems to prevent future outbreaks of the disease.

Legionella Control International is a world-leading legionella and water safety specialist. Our teams of experts support business owners, landlords and those responsible for the control of waterborne pathogens including Legionella bacteria in the workplace, helping them to protect their staff, tenants and others and so meet their health and safety obligations in this specialist area.

Getting rid of Legionella in Building Water Systems