You are here: Home / Knowledge / Guidance / Identifying the Symptoms of Legionnaires Disease

Identifying the Symptoms of Legionnaires’ Disease 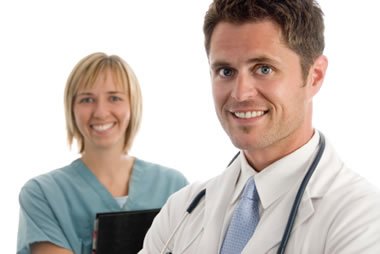 While Legionnaires’ disease is rare, it is a serious infection. In the UK the fatality rate has hovered around the 12% mark on average when cases occur in the community. However, the actual rate has been anywhere from 9.3% to 15.3%. These figures were taken from a report issued by Public Health England in 2014.

Nosocomial cases of Legionnaires’ disease (those that originate within a hospital or healthcare setting) tend to have a higher fatality rate. This hovers at around 25% with extremes noted at anywhere between 13.2% and 40.3%.

However, in every case where this severe infection of the lungs crops up, the speed with which treatment can be provided is paramount. The sooner Legionnaires’ disease is diagnosed in a patient, the better the chances are of them making a full recovery.

Importantly, an early diagnosis also presents the opportunity to identify the source of the disease. This could potentially help others avoid getting the same infection and keep the numbers infected to a minimum.

What kinds of symptoms should you look out for?

Those unfortunate enough to have contracted Legionnaires’ disease may be forgiven for thinking they have caught flu. A fever and a high temperature will usually present themselves, along with headaches. It is also common to experience aching muscles and an overall feeling of tiredness.

At this stage it would be unlikely that Legionnaires’ disease would be suspected. However, as the disease takes hold there will be more pronounced symptoms that could be associated with it. You should see your GP if you get a cough that just won’t shift, especially if it produces phlegm. Eventually chest pains and shortness of breath will develop.

Are other people around you in danger of catching Legionnaires’ disease?

No – not unless they too come into contact with the same water source you caught the disease from. Since Legionnaires’ disease is associated with water sources contaminated with Legionella bacteria, it is not possible to catch the disease directly from another person.

What about others who may have caught it?

What do you do if you are diagnosed with the disease and you suspect one or more other people have been in contact with the same water source you think caused the illness?

In this situation it would be wise to contact those individuals to make them aware of the situation. Finding the source of the infection is important to make sure no one else contracts it.

Legionnaire’s disease is rare in this country. However it is wise to recognise the symptoms just in case you or someone you know are affected.

For additional information about this rare but serious infection… Legionnaires’ disease

What are Pontiac Fever & Legionnaires’ Disease?
Scroll to top