You are here: Home / Knowledge / Compliance / How Many Legionella Species Exist & Which Ones are Dangerous?

How Many Legionella Species Exist & Which Ones Cause Legionnaires’ Disease? 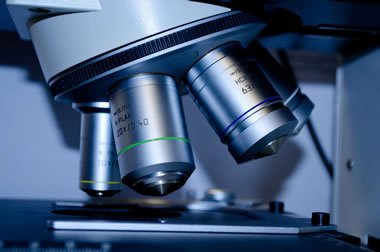 While there are more than 58 different recognised Legionella species, less than half of those can cause illness in humans. However, while around 25 species are known to be harmful to us, just one has been identified as the cause of most outbreaks of Legionnaires’ disease.

Legionella pneumophila species serogroup 1, 3, 4 and 6 have been linked to disease in humans with L. pneumophila serogroup 1 being the most serious and responsible for the majority of infections.

As the name suggests, it can cause pneumonia along with sickness and diarrhoea. While other species of the bacteria can lead to illness, Legionella pneumophila has claimed a fatality rate of around 10%.

We know those at greatest risk include people whose immune systems are suppressed, those who are elderly, and those who have long-term illnesses, particularly of the respiratory system.

Different species of the bacteria are responsible for causing Pontiac fever

The condition Pontiac fever is not as well known as Legionnaires’ disease.

It is typically caused by two strains of Legionella bacteria – Legionella feeleii and Legionella longbeachae.

Pontiac fever is not always diagnosed accurately but is not as serious as Legionnaires’ disease. Those unfortunate enough to become infected may assume they have the ‘flu, since the symptoms are very similar in nature.

Other strains of legionella may cause pneumonia

All forms of Legionella bacteria can be inhaled via water spray or droplets (an aerosol) if the circumstances allow for it.

A handful of Legionella species, including Legionella dumoffi and Legionella bozemanae, can trigger cases of pneumonia in people who become exposed to the bacteria.

Outbreaks of Legionnaires’ disease and Pontiac fever can occur if water systems are not managed correctly and become contaminated with the bacteria.

If you own or manage a building or facility containing water systems or processes that use water, you must ensure proper measures are put in place to minimise the dangers from all species of Legionella bacteria.

Typical measures include identifying and assessing the risks (with a legionella risk assessment), developing a programme to control those risks, managing the effectiveness of the steps taken and appointing a responsible person to manage the process.

Keeping systems clean, minimising dead legs, treating the water, and monitoring water temperatures will all contribute to the safe management of a water system.

Minimising any water spray is imperative, since the bacteria must be present in a mist or spray that can be inhaled to pose a risk to those nearby.

Legionella will multiply quickly if allowed to do so in warm water.

Regular testing of the water temperatures should help to control levels of bacteria, keeping them at acceptably low levels.

While not all Legionella species are harmful to humans, it is vital to ensure you assess all water systems for risk and treat them accordingly.

Our teams of water safety specialists support those responsible for the control of waterborne pathogens including Legionella bacteria in the workplace, helping them to protect their people and meet their health and safety obligations in this specialist area.