You are here: Home / Knowledge / Compliance / What is Biofilm & How is it Linked to Legionella Bacteria?

What is Biofilm & How is it Linked to Legionella Bacteria? 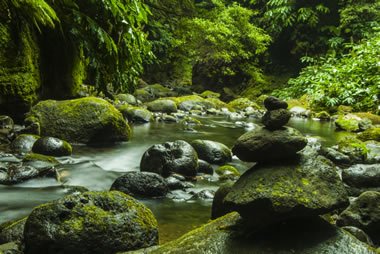 In this expert guide the water safety experts at Legionella Control International consider the problems that can be caused by biofilm in man-made water systems and how it can increase the risks from Legionella bacteria, pseudomonas and other dangerous microorganisms to cause harm.

The guide explains what biofilms are, where they are commonly found and how they can increase the risks from organisms such as legionella and pseudomonas in man-made water systems.

A version of this story dealing with biofilm and legionella first appeared in Legionella Control International’s newsletter. To get it in your inbox, sign up for free here.

Many people are unaware there is such a thing as biofilm, or even what it is?

However, you may not realise that biofilm is present in many different environments.

Yes, that plaque the dentist scrapes off during a regular check-up is a type of biofilm.

If you have ever seen rocks on the bed of a mountain stream coated in a green slippery slime, you’ve seen how biofilm is created in that situation too.

Can biofilms harbour bacteria such as legionella and pseudomonas?

Biofilms vary according to where they form and what they are made from.

It is reasonable to think of a biofilm as a collection of microorganisms that can include both legionella and pseudomonas.

These biofilms are hardy things, as they have been discovered in all kinds of areas.

One thing all biofilms have in common, regardless of the type of microorganisms that are present, is water.

Hence why they can also grow inside water pipes which is our focus here, along with other parts of man-made water systems.

Are biofilms dangerous to humans?

Yes, biofilms can be dangerous under certain circumstances.

Since they are made from microorganisms and they harbour various forms of bacteria such as legionella and pseudomonas, it makes sense they would be.

In most cases, biofilm cannot be seen in these systems because they are inside pipes, shower heads, taps, boilers, water storage tanks, and similar watery places… and that is just where they like to be.

What is the connection between biofilms and Legionella bacteria?

Legionella bacteria are responsible for illnesses such as Legionnaires’ disease, Pontiac fever, and legionellosis (the collective term for infections caused by legionella).

As with all other bacteria, legionella requires a food source for it to survive and thrive.

Biofilms are the perfect playground for the bacteria to feed and grow into larger and more dangerous quantities.

Reducing the presence of biofilms within a water system will lead to a reduced risk of legionella, pseudomonas and other bacteria growing to dangerous levels that may cause harm.

In many cases where outbreaks of Legionnaires’ disease have occurred, it has been found that the water system was not adequately monitored, treated or cleaned.

This led to biofilms forming inside the water systems and providing the perfect environment for legionella to multiply to dangerous levels.

Damp surfaces are ideal, especially if those surfaces are affected by limescale, as they may be inside water pipes.

They are also more likely to form inside pipes that are not often used or are never used at all, allowing water to stagnate.

For example, a water system may include a dead leg – the term given to a water pipe that is isolated or surplus to requirements and is no longer used.

The safe way to manage water pipes causing dead-legs would be to remove them from the system, so biofilms and therefore Legionella bacteria cannot form there.

If dead-legs or areas of low flow are not removed, Legionella bacteria could grow to a rate that would affect the local water outlets, but more worryingly, it could also potentially affect the rest of the water system and cause wider problems.

The dangers caused by whole system seeding of biofilm

The source of this “seeding” of a water system can often be very difficult to identify and eliminate, it could also lead to increased risks of a Legionnaires’ disease outbreak affecting those using the water system.

How to manage showers and shower heads

Another example of a potential risk area would be a disused (or irregularly used) showers and shower heads.

Hence why regular cleaning, descaling and disinfecting of shower heads is important.

This would minimise the risk of Legionella bacteria multiplying inside it.

While regular cleaning and disinfecting is of paramount importance, another way to reduce the risk is to run the shower head every week to flush it thoroughly.

However, when this is done, it is vital to make sure you do not inhale any mist (water droplets in the air) from the shower head.

Any Legionella bacteria in that mist could be inhaled and taken into the lungs… this is how Legionnaires’ disease can take hold.

Every man-made water system should be subject to a risk assessment to determine the level of risk posed by biofilms and bacteria, particularly Legionella bacteria.

While some systems will require very little else to be done, managing the risks posed by these elements is very important… in fact, in the UK it’s a legal requirement for all businesses to have one.

Simple steps can include getting rid of dead-legs and flushing through infrequently used taps or shower heads, for example.

Keeping water temperatures outside the ideal range for legionella to grow is also important (between 20-45 degrees Celsius is their sweet spot, so avoid that).

The link between biofilm and legionella in water systems

The presence of biofilms can influence how common legionella is within a water system.

Reducing the likelihood of these slimy coatings growing inside a water system should help to reduce the presence of harmful bacteria including legionella and pseudomonas.

Both legionella and pseudomonas are considered by the UK’s safety regulators to be preventable when suitable precautions are taken.

Prevention is always better than trying to cope with an outbreak of disease, including Legionnaires’ disease, which can be fatal in some cases.

Looking after a water system, whether small and simple or large and complex, is easier to do when you understand how biofilms work.

Our teams of legionella and water safety specialists support those responsible for the control of legionella in water systems, helping them to mitigate their risks,  protect people and meet their health and safety obligations in this specialist area.

When was the First Legionnaires’ Disease Outbreak?
Scroll to top