You are here: Home / Knowledge / Guidance / Things You Should Know About Legionnaires’ Disease

Things You Should Know About Legionnaires’ Disease 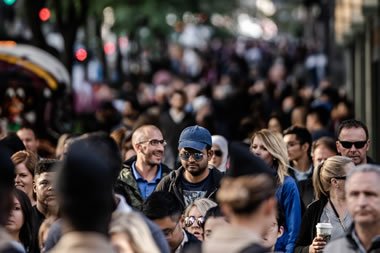 Legionnaires’ disease has been identified in many countries around the world, including the UK. It often makes the news headlines as outbreaks can hit specific areas and affect many innocent people in the vicinity.

Many people recover from the disease, however, some outbreaks have led to fatalities among those who become infected.

While the name of the disease is recognised by most people, facts about it are not.

How much do you know about Legionnaires’ disease, what is it, what causes it, how can it be controlled, and could anyone potentially be affected?

Legionnaires’ disease is a severe type of pneumonia

Legionnaires’ disease affects the lungs and is bacterial in nature, i.e. it is caused by bacteria inhaled into the lungs, usually in the form of contaminated water droplets, a fine mist or spray.

The disease causes severe inflammation of the lungs and can lead to serious breathing difficulties among other symptoms.

Legionnaires’ is caused by Legionella bacteria

The Legionella bacterium occurs naturally in many water sources around us, yet it is rarely harmful in such locations.

It can crop up in manmade water supplies too, and this is where it begins to cause problems.

If levels of the bacteria are permitted to reach levels considered to be harmful, people using infected water systems could become ill when the bacteria gets into their bodies.

The conditions present in the water supply will determine whether the bacteria can grow or not.

The name of the disease comes from an outbreak in Philadelphia, USA in the Seventies

A convention of the American Legion was hit by an outbreak in 1976, 182 attendees contracted the disease, 29 died.

While it later became clear it was not the first outbreak ever known, it gave the disease its name – Legionnaires’ disease.

Between 20oC and 45oC is the ideal temperature range loved by the bacteria.

When such temperatures are present, the bacteria grow and multiply, soon taking over the system and reaching dangerous levels capable of causing Legionnaires’ disease.

20oC and 45oC is the ideal growth range for Legionella bacteria

It’s interesting to remember that other potentially harmful bugs also thrive in such temperatures so it’s important to keep them under control.

At this temperature, the bacteria will not prove harmful.

Cold water supplies should always be stored at below 20 degrees and should not rise above this when distributed via taps, showers or other methods.

Temperatures above 60 degrees Celsius will kill the bacteria

This should be considered when managing hot water supplies.

Most recommendations – including those from the UK’s Health and Safety Executive (HSE) – suggest hot water supplies should be provided at a minimum of 50 degrees Celsius at the tap (55 oC in healthcare).

Early stages of Legionnaires’ disease are much like those of flu

Many people who contract Legionnaires’ disease initially suspect they have flu owing to the symptoms experienced in the early stages.

Aches and pains, feeling tired, experiencing headaches, and a fever will all be likely to appear at this stage.

This information may assist in working out how and where someone contracted the disease.

It can also help rule out possibilities when several people fall ill and are confirmed to have Legionnaires’ disease.

Often, people will be found to have visited the same place in the days leading up to presentation of their symptoms.

An investigation can then be conducted to identify the location and cause so remedial steps can be taken to prevent further infection.

Legionnaires’ disease has been contracted from many water systems

Typically, the larger or more complex a water system is, the greater the potential for problems to occur.

A simple water system is easier to maintain and to identify where potential issues could arise.

In contrast, a large and complex water system may have several dead legs or dead-ends, redundant pipework, infrequently used areas such as showers or taps, too much stored water, or water kept at the wrong temperature.

A proper legionella risk assessment and water safety plan should be drawn up to cater for an individual water system.

The risk assessment and plan will highlight potential danger areas, how often a review should be performed, and which steps should be taken to keep bacteria at safe levels.

Sprinklers, cooling towers, hot tubs and other complex water systems that are poorly maintained have all been the source of the disease.

However, it could potentially be contracted from any water system that has not been adequately maintained or cleaned.

Are some people are more at risk of catching Legionnaires’ disease?

While anyone could catch the disease, it is more likely to occur in those aged 50 or over.

Similarly, those who already have a weakened immune system are more likely to contract it, as they are already less able to fend off attack by bacteria.

Anyone who does smoke or has at some point in the past is also at greater risk than the general population.

Those with a lung condition or other chronic health issue (such as diabetes) would also be in the greater risk group.

Is Legionnaires’ disease is treated with antibiotics?

If the disease is suspected, the patient will usually be given antibiotics before a firm diagnosis is made.

This allows treatment to begin as quickly as possible.

There may be a need to swap to a different antibiotic once the results become known.

Many of those who are diagnosed with Legionnaires’ disease are required to have hospital treatment.

Antibiotics can then be given through an IV to ensure they are received as quickly as possible.

The fatality rate is typically around 10% of those infected

This typically means that out of every 100 people who develop Legionnaires’ disease, around 10 of them will die.

The fatality rate varies from one outbreak to another, however, with the original condition of those people affected having a significant effect on the outcome.

For instance, if the disease strikes in a hospital setting or a home for the elderly, those involved are more likely to already be frail or ill.

They would therefore be more susceptible to the disease to start with.

Fine mist, water vapour, or water droplets in the air can all be inhaled.

If those droplets contain legionella bacteria, there is a chance the person inhaling the vapour could develop the disease.

It does not appear to be possible for one person with Legionnaires’ disease to pass it to someone else. It can only be contracted by inhaling contaminated water supplies.

Legionnaires’ disease can be prevented if manmade water supplies are kept clean, well maintained, and are monitored for signs of contamination

If a water system is properly risk assessed for the dangers from legionella, cleaned, maintained, and monitored at all times, there should be no reason why anyone would be exposed to high levels of Legionella bacteria from that system.

This is why the UK’s safety regulators, the Health and Safety Executive classify Legionnaires’ disease as a preventable illness.

Outbreaks are therefore seen as a failure to protect the safety of people and can lead to fines, prosecution, and civil action.

Our teams of legionella and water safety specialists support those responsible for the control of waterborne pathogens including Legionella bacteria in the workplace, helping them to protect people and meet their health and safety obligations in this specialist area.