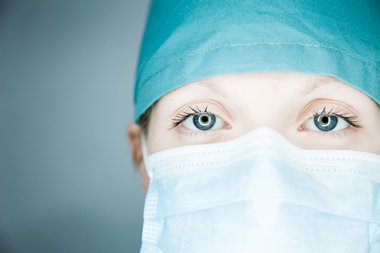 The news has carried several reports of drug-resistant bacteria in the past year or so. This was brought into sharp focus last year when four patients at a UK hospital, the Manchester Royal Infirmary were discovered to have the superbug known as carbapenemase-producing enterobacteriaceae, known for short as CPE.

While the resistance of bacteria to antibiotics is obviously a concern, the media has not clarified that CPE can be found behind every case that has made the headlines so far.

A regular healthcare screening process that took place at the Manchester Royal Infirmary highlighted the four cases mentioned above. The four affected patients were put in isolation and preventative action was taken accordingly.

What is carbapenemase-producing enterobacteriaceae?

Carbapenemase-producing enterobacteriaceae is a type of bacteria that has become resistant to the use of antibiotics. Not all forms of enterobacteriaceae are harmful to humans. Some exist in the gut and cause no harm at all. However, others are capable of causing food poisoning. The bacteria may also cause problems if they travel to other parts of the body.

The reason CPE has its name is because the bacteria produce carbapenemase. This is an enzyme that combats the use of the strongest antibiotics, which are known as carbapenems.

Only those who suffer from serious infections are likely to be prescribed these antibiotics. As such, if someone is affected by CPE and the antibiotics normally used to combat it do not work, this could leave the person in a potentially serious situation.

Cases of CPE are increasing

Back in 2006, only five people were found to have contracted CPE. However, just seven years later the figure had soared to more than 1,000. Fast-forward another year and around 1,600 people were affected.

A significant proportion of people with CPE were found to be affected by an outbreak in the Greater Manchester area of the United Kingdom. However, while cases do not seem to have spread at the present time, it is clearly concerning.

Preventing the spread of CPE

Public Health England has acted quickly to try and prevent CPE spreading throughout the population. Some people can carry the bacteria without being affected, while others develop infections because of it.

The challenge for Public Health England, hospital trusts and healthcare professionals is to manage and contain CPE and to prevent its spread.

Early detection is also crucial in preventing cases from getting worse and bacteria spreading to other people. Public Health England aims to make sure the bacteria is not allowed to get out of control.

To find out more about the control of Legionella, Pseudomonas, Carbapenemase-producing enterobacteriaceae and other waterborne pathogens call us today on 0330 223 36 86 or get in touch here … contact us

For additional information about carbapenemase-producing enterobacteriaceae or CPE … here

What are Pontiac Fever & Legionnaires’ Disease?