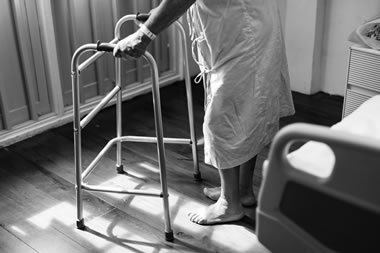 A fatal case of Legionnaires’ disease at an Essex care home in 2015 has resulted in a £3 million fine for health insurance company BUPA after the Health and Safety Executive prosecuted the company for a series of management failings.

Kenneth Ibbetson was admitted to a BUPA Care Homes’ residential home in Essex in 2015, with his family paying £1000 per week for his care. The 86 year old had only been in the home for 12 weeks before contracting Legionnaires’ disease, which resulted in his death.

BUPA was prosecuted over Mr Ibbetson’s death after an investigation into the circumstances of his contracting Legionnaires’ disease showed that the care home manager lacked training, warnings had been ignored and records had been faked.

“… the care home manager lacked training, warnings had been ignored and records had been faked”

Concerns about the Hutton Village residential home were first raised in 2012 over failures to monitor the home’s water system and flush it when necessary. These failures allowed the Legionella bacteria to flourish, and ultimately caused the death of the patient. Mr Ibbetson’s family welcomed the hefty fine handed down to BUPA, and said that they planned to pursue a civil case for compensation against the company.

Concerns had been raised as far back as 2012

Judge Emma Peters, ruling on the case, laid the blame firmly at BUPA’s door for the lack of training, management oversight and failure to have a system for flushing through the plumbing system. After the care home was refurbished, the Legionnaires’ bacteria was free to grow in the home’s hot water systems. She highlighted that concerns had been raised first in 2012 but that no action was taken until 2015, too late to prevent the death of Mr Ibbetson. The manager of the Care Home had not been trained on the risks associated with Legionnaires’ disease and ways of minimising those risks, and it was also found that records had been falsified. Judge Peters also revealed that similar things had been going on in other BUPA care homes, but that changes had been made to rectify the issues. BUPA was also ordered to pay legal costs of just over £150,000.

“the judge laid the blame firmly at BUPA’s door citing lack of training, management oversight and a failure to have a system for flushing through the plumbing system. Records had also been falsified”

BUPA plead guilty to the accusation that was brought by the Health and Safety Executive of causing the death of Kenneth Ibbetson. It is thought that he caught the disease from a hot water tap in his room, and BUPA did not dispute this. BUPA admitted a failure in their duty of care to their care home residents in general, and to Mr Ibbetson in particular.

No-one working in the Hutton Village home understood either how the hot water system worked, or what factors in that water system created risks for Legionnaires’ disease. The HSE demanded that all care homes have systems in place to effectively train their managers on all aspects of the Legionnaires’ risk management process including legionella risk assessment, record keeping and monitoring. The family of Mr Ibbetson stated their shock at the death of their father and expressed sadness that a household name such as BUPA had shown lack of compassion at every level of the organisation after his death.

In response, BUPA care home Managing Director Joan Elliott issued a statement saying that the company was “deeply sorry” and said that everyone’s thoughts were with the friends and family of the man involved. She also stated that BUPA put the health and wellbeing of their residents as their top priority. BUPA has also since this incident in 2015 made changes to the way care homes are operated to ensure that all members of staff have adequate training in the management and control of legionella and Legionnaires’ disease, its risk, which is updated regularly.

Our teams of water safety specialists support those responsible for the control of waterborne pathogens including Legionella bacteria in care homes, hospitals and other healthcare environments across all regions of the UK and internationally. We deliver professional water safety solutions, water testing, independent compliance auditing, City & Guilds training and other environmental risk management services that help keep people safe.