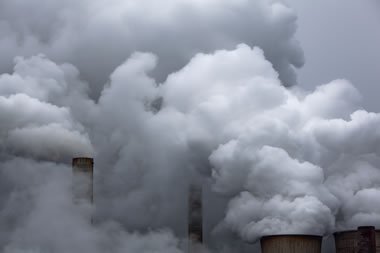 An international engineering firm found itself in court last year for failing to properly manage risks associated with Legionella bacteria at two of their UK sites. According to a report on the Health and Safety Executive (HSE) website, the company had two sites, located in Nottinghamshire and Derbyshire.

The case began when an HSE inspector paid a visit to the company’s Somercotes site in Derbyshire back in 2012. The site had cooling towers that were seen to be corroded. While the inspector was on-site, he noticed the surface of the yard was wet and spray was coming from the cooling towers and striking him on the face.

Legionella bacteria can be contained within water droplets if the right circumstances allow for this to happen. Furthermore, corroded surfaces can increase the odds of legionella developing and multiplying into greater numbers. The discovery led to a more in-depth exploration of the Somercotes site. Furthermore, the inspector also decided to visit their other site in Eastwood in Nottinghamshire.

The result of the investigation was that the approach to handling legionella risks was discovered to be insufficient. The Health and Safety Executive then issued four separate notices requesting improvements to be made to improve the situation, and to prevent the risk of legionella being greater than it should clearly have been.

These notices were adhered to, as were two previous ones that were made back in 2008. The case was heard by Derby Crown Court, and evidence was given to prove that the company had not properly managed the risks associated with the bacteria for a period of more than one year. While the company did have a water treatment programme in place, it was found to be completely inadequate. Indeed, tests revealed the levels of Legionella bacteria in the water were exceptionally high. The test was done before the inspector arrived on the site.

While improvements were put into place back in 2008, following the original notices, the lessons were not learned from and no consistent action was seen from that point on. This led to the company being fined £110,000 to cover two separate breaches of the Health and Safety at Work Act 1974. They also incurred £77,252 in costs.

The case shows how important it is to have a working programme of legionella control measures in place that are constantly checked and monitored. Improvements should be made whenever standards have been found to have slipped.

To find out more about our expert Legionella risk assessment, training, water testing, and other risk management support services call us today on 0330 223 36 86 or get in touch here … contact us

Are You Competent to be a Responsible Person for Legionella?
Scroll to top